The Program Advocates Pornography As A 'Required Topic' For Educators

The Idaho Department of Health and Welfare (IDHW) is reportedly implementing a Planned Parenthood-endorsed sex education curriculum in schools, according to a Tuesday report by the Idaho Freedom Foundation.

RTR reportedly emphasizes “LGBTQ Inclusive” instruction and was updated in 2020 to include “gender identity, sexual orientation and behavior” in their curriculum. The organization also recommends implementing education on pornography consumption, stating, “In addition to training, educators need community and institutional support, including policies and resources that support comprehensive sex education and the inclusion of pornography as a required topic,” on their website.

The ETR also contradicts their previous statement on pornography, however, stating “there are concerns that young people are exposed to pornography prior to first sexual experience and that sexually explicit material may shape attitudes, values and behaviors related to sex,” while also citing “the evidence is largely unclear whether sexually explicit media use influences future sexual health among adolescents” in their Kirby Summit Brief.

If this can happen in Idaho, it can happen anywhere. pic.twitter.com/e0mjPIB0vo 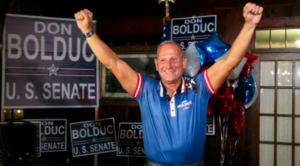