Idaho Gubernatorial candidate Ammon Bundy has been sentenced to ten days in jail and fined $3,000 for failing to complete his court-ordered community service.

Bundy rose to fame in 2014 during a land dispute that culminated in an armed confrontation between law enforcement and supporters of his father, cattle rancher Cliven Bundy. He made global headlines again in 2016 for his involvement in the standoff at an Oregon wildlife refuge.

The activist and political hopeful was found in contempt after failing to complete 40 hours of approved “public service” to avoid jail time after he refused to leave the Idaho Statehouse during a protest in 2020.

The judge had said that he could complete the service at any church or non-profit, as long as it was not one of his own.

“However, Bundy submitted hours that he had worked on his own political campaign, turning in a letter on his own ‘Ammon Bundy For Governor’ letterhead certifying that he had completed all 40 hours,” local station KTVB reports. “On Thursday, Judge Annie McDevitt ruled that not only did his campaign work not satisfy the requirement, but that it showed blatant disrespect for the instructions he had been given.”

During the contempt hearing, Prosecutor Whitney Welsh urged strict punishment, saying that the gubernatorial candidate “does not obey laws with which he does not agree.”

Bundy represented himself during the hearing and argued that he should never have been convicted in the first place.

“Bundy argued that Idaho’s trespassing laws that resulted in his original conviction were flawed, adding that he would like to see the United States Supreme Court weigh in on their legality. He also argued that police and Statehouse officials did not have the authority to arrest him or ban him from that Statehouse, and told McDevitt that he had had been punctual and polite throughout the court process,” KTVB reported.

Bundy argued that he was not disrespecting the court, but the judge remained unconvinced and handed down the maximum allowed sentence.

“The whole point of public service is to give back to the community in ways that do not serve yourself,” the judge said. “Clearly, working for your own campaign is self-serving work.”

Bundy’s campaign released a statement after he was taken into custody, saying that “Last year, Ammon was wrongfully convicted of trespassing at the Idaho State Capitol—a conviction which is currently being appealed as it is ludicrous to convict a man of ‘trespassing’ in a public building, during public hours, while it is open and fully occupied by the public.”

“Nevertheless, Ammon was ordered to pay a fine and serve 5 days in jail. However, he was given the option of performing 40 hours of ‘public service’ in lieu of jail time. Ammon accepted the terms and went above and beyond by reporting over 1,000 hours of public service performed on the campaign trail, where he traversed the state several times over, educating Idahoans on their rights, the U.S. Constitution, the historical founding of our nation, the rule of law, and proper jurisprudence, among a host of other valuable bits of knowledge. If this not-for-profit act isn’t considered a ‘service’ to the public, we don’t know what is,” the statement continued.

“If ever there was a demonstration of abuse of power and systemic corruption of our legal system—you are witnessing it right now. And if you don’t think this matters to all Idahoans, what will you do when they come for you next?” the statement concluded.

Bundy was arrested again in March for refusing to leave a hospital where he was protesting a 10-month-old baby being brought in by the Meridian Police after they received a Health and Welfare referral reference.

The Meridian Police said in a statement that the baby was “suffering from severe malnourishment.”

“While under medical care the child was able to gain enough weight and child was discharged in the care of its parents on Friday March 4, 2022,” the police department’s statement continued. “During a follow up appointment earlier, this week it was determined the child had again lost a significant amount of weight and when the parents canceled the next follow-up appointment and could not be located, the Meridian Police were contacted and advised this child’s condition could lead to severe injury or even death if not treated.”

The father of the child had reportedly agreed to take the baby in for an examination after concerns were raised, but he did not show up. When police attempted to go check on the baby, the department says that the parents refused to cooperate.

Bundy asserted that the police taking the child was a case of “medical tyranny” and “interfering in parental rights.”

Bundy was booked into the Ada County Jail on one count of misdemeanor Trespassing.

In 2021, Bundy’s supporters stormed a hospital to support a woman who says that her mother was the victim of “medical kidnapping.” They were ultimately victorious and the woman was released.

Bundy was banned from entering the Idaho Capitol for a year following two arrests on the grounds, according to the Idaho Statesman.

Bundy also refused to wear a mask to his son’s high school football game in 2020, prompting officials to end it at half time. 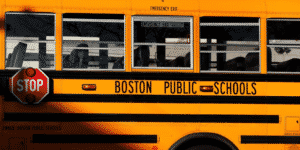