'I Thought The Marginalized Were Supposed To Have A Voice': Jordan Peterson Emotionally Tells Piers Morgan

‘Once I Got Painted As RedSkull ... That Was Kind Of The End Of The Insults, There’s No Place Past That' Said The Psychologist

“I want to ask you this quickly, the film director Olivia Wilde has a new movie out, which she says is based on you, this ‘insane man, a pseudo-intellectual hero to the incel community,’ incel being these weirdo, loner men who are despicable in many ways,” said Morgan on Tuesday’s episode of Piers Morgan: Uncensored. “Is that you? Are you the intellectual hero to these people?”

Peterson took a beat before responding, “Sure, why not? People have been after me for a long time because I’ve been speaking to disaffected young men. You know, what a terrible thing to do, that is.” The psychologist paused and became visually upset before adding, “I thought the marginalized were supposed to have a voice?”

"People have been after me for a long time… I thought the marginalised were supposed to have a voice?"

Jordan Peterson begins to cry as @piersmorgan asks him what he thinks of director @oliviawilde basing an "insane" character on him in Don't Worry Darling.#MorganPeterson pic.twitter.com/BlvS76rL6r

Morgan noted that the question had upset Peterson, who replied:

“Well, God, you know, it’s very difficult to understand how demoralized people are, and certainly many young men are in that category. And you get these casual insults, ‘these incels,’ what does it mean? It’s like, well, these men, they don’t know how to make themselves attractive to women — who are very picky, and good for them, women like be picky. That’s your gift, man. Demand high standards from your men. Fair enough. But all these men who are alienated, it’s like, they’re lonesome and they don’t know what to do, and everyone piles abuse on them.”

The host followed up his question, suggesting to Peterson that Wilde’s comment “stung.”

“Oh by that time, you know, as far as critiques go that was kind of low-level,” Peterson responded. “Once I got painted as Red Skull, you know, magical super-Nazi, that was kind of the end of the insults, there’s no place past that,” said Peterson, referencing the Captain America comic book villain. He jokingly continued, saying he in fact was interested in Wilde’s film after watching the trailer.

“It’s really something to see, constantly, how many people are dying for lack of an encouraging word,” Peterson said in conclusion.

“[T]his guy Jordan Peterson is someone that legitimizes certain aspects of their movement because he’s a former professor, he’s an author, he wears a suit, so they feel like this is a real philosophy that should be taken seriously,” Wilde reportedly said to Jake Gyllenhaal in Interview Magazine. The villain in Wilde’s new film, Don’t Worry Darling, who is reportedly inspired by Peterson, is portrayed by Star Trek‘s Chris Pine, Rolling Stone reported.

Earlier this year, conservative media outlet The Daily Wire announced a multi-year deal with Peterson to host the psychologist’s podcast along with other original content from the professor to be exclusively available for streaming on the company’s video-on-demand service DailyWire+.

“The launch of DailyWire+ marks the beginning of an aggressive technological and content expansion for us,” said Daily Wire co-CEO Jeremy Boreing. “The addition of Dr. Jordan Peterson, the pre-eminent public intellectual of our time, should indicate exactly how serious we are about bringing quality counter-cultural voices to the fore.” 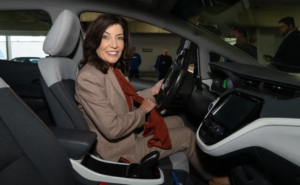