'My Bags Are Packed. I’m Ready To Go Home. I Just Need An Airplane To Come And Get Me'

Former United States Marine Paul Whelan is “disappointed” in the Biden administration after being led to believe “things were moving in the right direction” regarding his release from a Russian prison.

Whelan said he was surprised to not have been included in the prisoner exchange with American basketball player Brittney Griner, CNN reported.

“I am greatly disappointed that more has not been done to secure my release, especially as the four year anniversary of my arrest is coming up. I was arrested for a crime that never occurred,” Whelan said in an exclusive phone call to CNN from the penal colony where he is being held in a remote part of Russia. “I don’t understand why I’m still sitting here.”

“I would say that if a message could go to President Biden, that this is a precarious situation that needs to be resolved quickly,” Whelan said. “My bags are packed. I’m ready to go home. I just need an airplane to come and get me.”

In 2018, Whelan was detained by Russian authorities in a Moscow hotel for his alleged involvement in an intelligence operation. In June 2020, the United States marine was convicted and sentenced to 16 years in prison.

“It’s a great day for the families of the wrongfully detained and we feel wonderful for them,” Whelan’s brother David said on CNN This Morning addressing Griner’s release. “But we do worry about what’s in Paul’s future. I think it’s become clear that the US doesn’t have any concessions that the Russian government wants for Paul. So I’m not really sure what the future holds.”

“Despite the possibility that there might be an exchange without Paul, our family is still devastated. … Paul has worked so hard to survive nearly 4 years of this injustice.”

“Today, American citizen Brittney Griner received a prison sentence that is one more reminder of what the world already knew: Russia is wrongfully detaining Brittney,” Biden said in an August statement following Griner’s sentence. “It’s unacceptable, and I call on Russia to release her immediately so she can be with her wife, loved ones, friends, and teammates.”

“Moments ago I spoke to Brittney Griner,” said the President Thursday morning. “She is safe. She is on a plane. She is on her way home.”

Moments ago I spoke to Brittney Griner.

“We have not forgotten about Paul Whelan. This was not a choice about which American to release. Russia is treating Paul’s case differently,” said President Biden in a press conference addressing Griner’s release. “We are not giving up.”

The United States government released Russian arms dealer Viktor Bout to secure Griner’s release. Bout had been serving a 25-year sentence after being convicted on arms charges and conspiring to kill Americans.

In February, Griner was arrested traveling through the Sheremetyevo Airport in Russia for allegedly bringing cannabis into the country. The basketball player pleaded guilty to her charges though testified she had brought CBD oil canisters in her luggage by mistake. In August, Griner was sentenced to nine years in prison and was fined 1 million rubles — roughly $16,700. 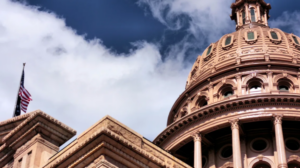