'I am 'With The Blacks': LA District Attorney Responds To Leaked City Council Audio Recording

'If Elected Officials Not Only Hold These Racist Views About Black People And Black Children ... It Is Less Surprising That Other People Act Them Out In Our Streets'

Gascón, along with City Council member Mike Bonin and son, was one of the targets of former City Council President Nury Martinez in the leaked audio which reportedly took place sometime in October 2021.

“F— that guy … He’s with the Blacks,” said Martinez of the Los Angeles District Attorney.

“I am ‘with the Blacks,'” said Gascón in the Friday opinion piece. “Because in Los Angeles County, Black people are victims of crime disproportionate to their population size.”

"Supporting one group, particularly a group that has been marginalized, does not mean standing against another group. Elected officials who can’t understand this basic idea have no business remaining in office," writes @GeorgeGascon. (@latimesopinion)https://t.co/98BKt6vCxZ

Gascón, who was a police officer for 28 years including 22 in Los Angeles, continued citing a February article from the Los Angeles Times, “Black people are 8% of the population of the city of Los Angeles, but were the victims in 24% of hate crimes, the largest group of any in Los Angeles.”

The District Attorney asserted the cited “hate crime” statistics were validated regarding the context of the audio recording.

“If elected officials not only hold these racist views about Black people and Black children, but also feel free to share them with laughter in a meeting with colleagues, it is less surprising that other people act them out in our streets,” Gascón wrote.

I am also “with the Blacks” because I know that we have underinvested in all poor communities throughout this state. … Black people are also disproportionately the victims of police violence in California and in Los Angeles. … But I’m not only “with the Blacks.” I am also with the Latinos. I’m a Cuban American immigrant who still speaks with an accent. I’m proud to be a Latino and to stand with my Latino and Indigenous brothers and sisters. Latinos are often stopped and searched by the police for no reason, which happens to Latinos in Los Angeles at greater rates than for white people, despite the fact that both Black and Latino people are less likely to have contraband than white people.

“I was with Latinos when I started an ‘immigration escort policy’ that assigned victim advocates to escort fearful undocumented immigrants and witnesses through the courthouse,” Gascón wrote. “I was with Latinos when I sponsored a law that forbade the prosecution or defense counsel from asking about a person’s immigration status when they testified, unless such a question had been approved by a judge.”

“But words won’t stop me from doing the work needed to serve and to protect the people in this county.” Gascón concluded. “Elected officials who can’t understand this basic idea have no business remaining in office.”

Along with Martinez, council members Gil Cedillo and Kevin De León have also received calls for resignation for their involvement in the recording. Both representatives have released statements of apology though as of Friday neither have made statements regarding resignation. 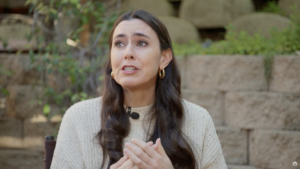