Court Filing Requests Illegal Votes Be Thrown Out, As Well As Decertification and a New Gubernatorial Election

A lawsuit from Arizona gubernatorial candidate Kari Lake claims more than 300,000 illegal votes were counted amid “clear violations of federal and state law.”

An official who violates the state’s chain of custody requirements is guilty of a class 2 misdemeanor (ARS § 16-452).

A fact-check from USA Today purportedly debunks the chain of custody claim. But, a sworn statement from an employee of Runback election Services, which handles the ballots, confirmed the lack of chain of custody, while also revealing that Maricopa County itself did now know how many early voting ballots had been retrieved from ballot drop boxes on Election Day, which also is a violation of state law.

Additionally, the lawsuit shows that more than 25,000 additional ballots were “found” after the legal deadline for accepting ballots had closed. Lake’s attorneys argue that the ballots violated chain of custody rules, meaning they were counted toward the final vote tally illegally.

More than 59 percent of Maricopa County’s voting centers had Election Day failures of ballot printers and tabulators, which had a disproportionate effect on Republican voters, as the majority of technical issues were at vote centers in heavy Republican areas.

Maricopa County did not experience these kinds of widespread breakdowns in the days leading up [to] Election Day, or during the limited testing performed on the election equipment. The sudden widespread appearance of preventable breakdowns on Election Day, a day on which it was known that the electorate would be heavily weighted toward voters favoring Lake, was an outcome materially and adversely [sic] and Maricopa indicates that the problems were intentionally caused.

Clay Parikh — a cyber expert who spent nine years performing security tests on voting systems, and who has contracted with NATO, NASA, and multiple agencies within the U.S. Department of Defense — testified that some components of the voting system used in the 2022 midterm election were not certified.

“The use of one of these uncertified components violates Arizona law,” Parikh testified in a sworn statement. “There were numerous procedural violations that can only be categorized as intentional.”

Parikh noted that between 31 percent and 59 percent of voting centers were impacted by technical breakdowns, stating that “widespread failure of this magnitude occuring could not arise absent intentional misconduct.” He added that the explanations given to the public and media for what caused the technical issues were not correct.

Lake’s attorneys are also petitioning the court for a trial of all disputed factual issues, an order removing invalid ballots from the final vote count, an order decertifying the 2022 gubernatorial election, and an injunction requiring Maricopa County to re-conduct the election in conformity with state law and under the direction of a special master. 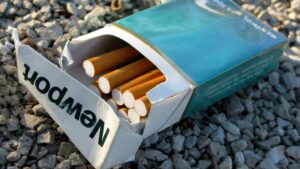