Hundreds of protesters against sexually explicit LGBTQ books being provided to children shut down a Michigan school board meeting on Monday.

The majority of those who attended Monday’s Dearborn Public Schools board meeting and took a stand against the books were Muslim. There were also a handful of counter-protesters present to defend the books, including members of the American Federation of Teachers union.

Shouting between various factions as groups take over Dearborn public schools board meeting. Board members have left. Unclear if they are coming back or if meeting will restart. Heavy police presence. pic.twitter.com/XIMEqIRR1X

There was a large police presence at the meeting, but officers struggled to maintain control of the situation — even as it surpassed the building’s fire capacity.

One of Michigan’s most prominent faith leaders, Imam Hassan Al-Qazwini of the Islamic Institute of America in Dearborn Heights, directed his followers to protest during his sermon on Friday, according to a report from the Detroit Free Press.

Meeting of Dearborn Schools has descended into chaos and confusion as board members walked out. Mobs opposed to some LGBTQ books took over the meeting as various factions jostled for power. Police themselves were unsure if meeting was still on. “Vote them out,” crowd chants. pic.twitter.com/YJtLWGsX7k

The report explained, “Al-Qazwini and others said that they have the democratic right to decide what is appropriate in their schools since their faith is now in the majority. Dearborn is about 47% Arab American, most of them Muslim, and Dearborn Heights is about one-third Arab American, according to census data. Recent protests involved demonstrators who appeared to be mostly Muslim, but one of the key organizers, Stephanie Butler, is Christian, and appeared at both events.”

“We don’t need those books in Dearborn and Dearborn Heights,” Al-Qazwini said. “Take them somewhere else. The majority rules. If you are the majority of people in Dearborn, you decide for your children. We live in a democratic society. And there are certain tools and techniques with which you can change the law in this country.”

The Imam added, “they are proponents of democracy, but only if it supports liberal values. The moment it goes against liberal values, they are authoritarian and they want to impose their own values on people.”

During the meeting, several protesters spoke out and led chants, including “vote them out.”

“We’re going to send a message to the board of education,” protester Hassan Aoun said, according to the report. “We the people … put you in this position We put you on the chair. We elected you.”

A gay man who attended the meeting to counter-protest had to be escorted to his vehicle by police, as protesters shouted at him to “leave our children alone.”

The protesters have the support of the Council on American Islamic Relations (CAIR), a typically leftist organization, who is now helping Muslims protect their religious right to keep explicit materials away from their children in public schools.

The meeting has now been rescheduled for Thursday at Fordson High School, which can hold a large crowd. 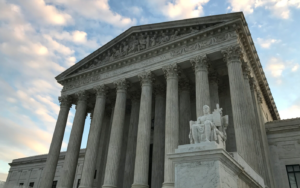