The bill included more than 400 amendments

The National Defense Authorization Act (NDAA) for the fiscal year 2022 was passed by the House of Representatives on Thursday in a 316-113 vote.

The budget for the bill, which sets guidelines for defense policy, totals $776 billion — $24 billion more than the Biden Administration had requested.

The bill included authorization for $250 million to conduct counter-terrorism operations in Afghanistan. Troops will receive a 2.7% pay increase and there is a possibility for increased parental leave as well as extra aid for military families with special needs children.

“Under the legislation, the Department of Defense would be authorized to spend $115 million for research and treatment into Havana syndrome, an enigmatic ailment linked to suspected radiation attacks that have targeted American diplomats,” per The New York Post.

There were over 400 amendments tacked onto the bill, including

one requiring women to register for the draft. The Supreme Court previously refused to hear a case regarding this matter. In an opinion joined by Justices Stephen Breyer and Brett Kavanaugh, Justice Sonia Sotomayor wrote, “It remains to be seen, of course, whether Congress will end gender-based registration under the Military Selective Service Act.”

“But at least for now, the Court’s longstanding deference to Congress on matters of national defense and military affairs cautions against granting review while Congress actively weighs the issue,” she wrote.

Another amendment expands and codifies sanctions on Russian sovereign debt. Another will require “the Department of Defense to establish plans to clean up contaminated military sites where the military failed to clean-up newly discovered contaminates,” per The National Law Review.

The House Freedom Caucus opposed the legislation, which it called a “blank check” for the Biden Administration following a tumultuous withdrawal in Afghanistan.

In a statement, the caucus said, “President Biden and his Administration must be held accountable for the devastating failures during the withdrawal of Afghanistan … The National Defense Authorization Act should focus on providing our service members the necessary resources to protect Americans and our country.”

Rep. Chip Roy (R-Texas), a member of the caucus, told The Post, “I want to be 100 percent clear: Any Republican who votes for this NDAA is voting to force our daughters to register for the draft.”

“Earlier this summer, members of the House Armed Services Committee forcefully debated the role of teaching critical race theory at military educational institutions during the bill’s committee markup, with Democrats sharply pushing back against Republican efforts to include a ban on the concept,” reports CNN.

The Senate now has to pass its own version of the bill before it is finalized by a conference committee in the coming months. 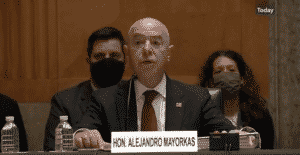