The Department of Homeland Security (DHS) has been publicizing several new programs aimed at combating “domestic violent extremism, including violent white supremacy [which] poses the most significant and immediate terrorism-related threat to the United States.”

The creation of the Center for Prevention Programs and Partnerships (CP3) has rights groups, particularly conservative and right-leaning ones, concerned that CP3 could be unfairly targeting them.

“Today, U.S.-based lone actors and small groups, including homegrown violent extremists and domestic violent extremists — who are inspired by a broad range of ideological motivations — pose the most significant and persistent terrorism-related threat to our country,” DHS Secretary Alejandro Mayorkas said during a Senate Homeland Security Committee hearing on counterterrorism this week.

Mayorkas said CP3 will be targeting, among other things, “perceived government overreach [and] conspiracy theories promoting violence,” although he did not clarify what he or his department believes constitutes these things.

Activist Ed Hasbrouck, a consultant to the nonprofit Identity Project, compared the efforts to root out domestic terrorism to pre-crime policing.

“CP3’s attempts to predict future crimes are to be based on behavioral patterns — i.e., profiling — and on encouraging members of the public to inform on their families, friends, and classmates,” Hasbrouck wrote in a statement. “The problem … is that the law does not permit prosecution based solely on patterns of lawful behavior. With good reason: ‘precrime’ prediction is a figment of the imagination of the creators of a dystopian fantasy movie, Minority Report.”

He added: “Neither the DHS nor anyone else actually has any “precogs” (human, robotic, or cybernetic) like those in the movie who can predict future crimes, or any profile or algorithm that actually enables it to predict who will commit future crimes.”

In June, NBC News noted that “Many Republicans — particularly allies of former President Donald Trump — have expressed alarm at the Biden administration’s focus on domestic terrorism; they say they fear it is code for targeting conservatives and right-wing activists.”

Despite strong efforts by the media outlets and elected officials to blame the January 6 attack at the U.S. Capitol on far-right groups and prominent supporters of then-President Trump, “the FBI has found scant evidence that the Jan. 6 attack on the U.S. Capitol was the result of an organized plot to overturn the presidential election result.” Conspiracy charges were filed against approximately 40 defendants.

In 2017, the Department of Justice reached a settlement with dozens of conservative groups over the Internal Revenue Service’s (IRS) unfair targeting of them when they sought tax-exemption status based on their political leanings. It was deemed that the IRS crossed party lines in its alleged targeting of political groups. Starting in 2010, conservative groups had accused the IRS of targeting organizations that had words like “Tea Party” or “patriots” in their names when they applied for tax-exempt status. The IRS had expressed “its sincere apology” at the time and then-Attorney General Jeff Sessions said, “We hope that today’s settlement makes clear that this abuse of power will not be tolerated.”

While Republicans stated their belief that the conservative groups were specifically targeted by the Obama administration, Reuters reported that “House Republican investigators found no connection to the Obama administration, according to a 2014 report [but] the report did blame IRS officials for mistreating conservative organizations who sought tax-exempt status and that IRS officials covered up the misconduct and misled Congress.” 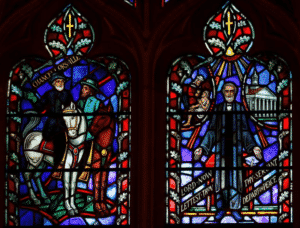