House Republicans Pen Letter of Demands for Next House Speaker

'Any GOP Speaker Candidate Must Make Clear He Or She Will Advance Rules, Policies, And An Organizational Structure That Will Result In The Values Listed Below'

An open letter penned by seven Republican House members details a list of reforms for the next Speaker of the House to agree with in order secure leadership.

“As we form the 118th Congress, any GOP Speaker candidate must make clear he or she will advance rules, policies. and an organizational structure that will result in the values listed below,” reads the letter signed by fellow Arizona representatives Paul Gosar and Representative-elect Eli Crane along with Scott Perry of Pennsylvania, Dan Bishop of North Carolina, Andy Ogles of Tennessee, Chip Roy of Texas, and Andrew Clyde of Georgia.

“The House of Representatives serves as the people’s voice in our system of government and it requires leadership to unleash its full power to check the Executive Branch, push the Senate to act, and responsibly exercise its strongest tool — the power of the purse,” the letter continued. “For years, however, the House leadership of both parties has increasingly centralized decision-making power around fewer and fewer individuals — at the expense of deliberation and input by the body.”

NEW: A new group of 7 Republican hardliners laid out a list of demands in the speaker’s race, although they did not name Kevin McCarthy or specifically threaten to vote against him for speaker. Still, shows how much work he has to do to get 218. pic.twitter.com/WqIHSrsN7k

“This results in massive, multi-subject bills that are unable to be amended or fully read, all driven by supposedly must-pass defense and appropriation measures,” reads the letter. “In the process we’ve amassed trillions of dollars in debt, empowered administration bureaucrats who target citizens, and failed to carry out our basic duties to defend the American People.”

The signing representatives demanded members force a vote on speakership by permitting motions to vacate the chair citing previous permissions from 1801 until its removal by current House Speaker Nancy Pelosi in 2018.

“We must return to Thomas Jefferson’s rule guaranteeing the right to protect the ability to represent his/her constituents by forcing a vote on the Speakership,” they wrote. “While difficult in practice, it is an important mechanism to restore trust and provide accountability.”

Lawmakers further criticized the use of omnibus bills and requested single-subject bills with a review period of 72 hours. The letter further proposed bills be “focused, amendable, and readable.”

“For too long under both parties, we have simply failed to do our most basic job to legislate in a responsible manner on behalf of our constituents,” the letter continued. “We must take steps to re-open the legislative process in the House for all members to participate.”

The representatives also demanded Republican leadership stop their involvement in Republican primaries to “avoid undermining the trust of those they will eventually have to lead and inserting themselves into local elections.”

Other demands included conservative representation on committees and among chairs along with a “firm plan” to end limitless spending.

“We propose these changes because the institution needs to change,” the letter concluded. “We believe these should form the basis of any conversation about our leadership and without regard to any one request, the totality of the requests must be addressed if we are to truly unite as a Conference.” 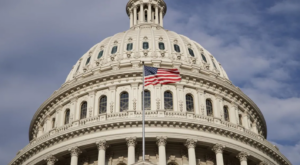