Tech companies would be fined $50,000 for each violation

North Carolina’s Madison Cawthorn introduced new legislation that would penalize social media platforms that do not remove terrorist organizations or their supporters.

Under the No Publicity for Terrorists Act, platforms will face a $50,000 fine for each violation of the law in order to limit the promotion of extremist ideology online.

The policy would amend an existing federal law that mandates social media companies confront the spread of terrorism on their sites. Companies would have to remove any users publishing extremist rhetoric within 24 hours of their discovery.

“Big Tech is scared to death of a MAGA reemergence in America. They know they won’t win the argument on policy or politics, so they have moved to silence, deplatform, and ban prominent conservative voices, including President Donald Trump,” Cawthorn said in a statement to Washington Free Beacon published on March 24. “It shows their outrageous bias: They claim President Trump is a danger to public discourse, but allow terrorist organizations, hate groups, and dictators to remain on their platforms?”

“My legislation holds them accountable for their assault on conservatives and exposes their outrageous double standard,” Cawthorn added.

Cawthorn introduced the bill on March 3, one day before the United States Supreme Court ruled to reinstate the death penalty for the Boston Marathon Bomber Dzhokhar Tsarnaev.

Tsarnaev and his brother, Tamerlan, are believed by investigators to have become radical Islamists through their online activity.

Virginian Representative Bob Good co-wrote the bill. He agreed with Cawthorn that terrorists should not be permitted on social media.

“There is no excuse or justification for Big Tech to give known terrorists a dangerous platform,” Good wrote in a statement to Newsmax. “This is especially egregious given Big Tech’s track record of regularly and unjustifiably censoring conservative voices like President [Donald] Trump, and members of Congress.”

In addition to removing extremist users, social media executives would be required to file quarterly reports with the Securities and Exchange Commission certifying their compliance or else face fines or possible prison time.

“An email program, email distribution list, or multi-person text message group” are not considered forms of social media. Neither is “a software application (including a mobile application) used solely to communicate with others through instant messages, audio calls, video calls, or any combination thereof.”

This policy has been referred to the House Committee on the Judiciary and the Committee on Financial Services. It is unlikely to be enacted according to data analysis, real-time forecasting, and A.I. research company Skopos Lab.

If it passes, the S.E.C. would have 60 days to issue rules to carry out the defined certification requirement. 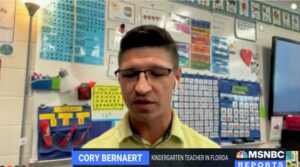