A new memo circulated on Capitol Hill this week after the CDC revised its guidelines for vaccinated Americans, instructing police to arrest visitors and staff who refuse to wear face masks in certain areas.

In today’s edition of Pelosi’s abuse of power, Capitol Police have been directed to arrest staff and visitors to comply with her mask mandate for vaccinated individuals.

For Members, they advise not arresting but “reporting Members to SAA for their failure to comply.”

“This is such an overstep of Speaker Pelosi’s authority to basically make our Capitol Police arrest staff members and report on members [of Congress],” Rep. Kat Cammack told Fox News Thursday. “It’s absolutely unconscionable that this is where we’re at.”

“I cannot comply with this tyrannical order,” Cammack added. “This is the people’s house, not Nancy Pelosi’s house.”

“The speaker of the House does not control the U.S. Capitol Police,” Pelosi spokesperson Drew Hammill told Fox News. “We were unaware of the memo until it was reported in the press.”

“If you are a Capitol police officer you got orders … if a vaccinated staffer comes across in the House side without a mask you’re ordered to arrest them, but not on the Senate side,” House Minority Leader Kevin McCarthy said. “This is not the America we know.”

To be clear: Pelosi is directing police to ARREST vaccinated people who aren’t wearing masks.

“To be clear: Pelosi is directing police to ARREST vaccinated people who aren’t wearing masks. This isn’t about science — it’s about power and control,” posted Rep. Steve Scalise on Twitter. 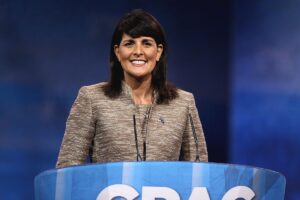