Haley served as governor of South Carolina from 2011 to 2017. From 2017 to 2018, she was the ambassador to the United Nations during Donald Trump’s presidency. Haley, a Republican, started her political career by winning a seat in her state’s House of Representatives with a platform centered on tax cuts, immigration controls, and abortion restrictions.

“At first blush, the money raised by Stand for America PAC through June 30 might appear modest. But considering the federal limits Haley’s ‘hard-dollar’ PAC is subject to — the group is permitted to collect no more than $5,000 per individual per calendar year — a haul just short of $5.5 million suggests Haley is a strong fundraiser and political force in the GOP despite an unresolved feud with former President Donald Trump,” says The Washington Examiner.

While the former U.N. Ambassador has not confirmed her intention to run for President in 2024, some data indicates she would struggle in a potentially crowded field.

A survey conducted at the Western Conservative Summit in Denver last June predicted that a potential Haley 2024 presidential bid would not be popular.

“In a field of both conservative and liberal candidates, Haley fell to the back of the pack of Republican personalities, with 19.14 percent approving of her running,” reports Breitbart. “Gov. Ron DeSantis (R-FL) and former President Donald Trump overwhelmingly garnered the most support among respondents — 74.12 percent and 71.43 percent, respectively. Sen. Ted Cruz (R-TX) garnered the third greatest amount of support (42.86 percent).”

Haley fell to the back of the back, only gathering approval ratings higher than former Ohio governor John Kasich.

“I would not run if President Trump ran, and I would talk to him about it … That’s something that we’ll have a conversation about at some point if that decision is something that has to be made,” Haley told the Associated Press at a news conference in April.

In an opinion piece for CNN following this statement, journalist Jill Filipovic called Haley a “coward.”

“She clearly fears Trump and his base, and doesn’t seem to think she can win a primary in today’s Trump-obedient GOP with, potentially, the former president as [a] rival. Worse still: She’s unwilling to publicly challenge him, even though she knows well — and has publicly expressed concern over the danger he poses,” she wrote.

The rift between Haley and President Trump is undeniable. While she told AP News the two had a “great working relationship,” The Hill points out that after the events of January 6 “Haley delivered a scathing assessment of the former president, saying that it had been a mistake for Republicans to listen to him and predicting that he would find himself ‘further and further isolated’ in the coming months and years.”

On its website, the Stand for America PAC states “Nikki Haley likes to say, ‘on our worst day, we are blessed to live in America.’ That is the basic truth that drives our mission.” 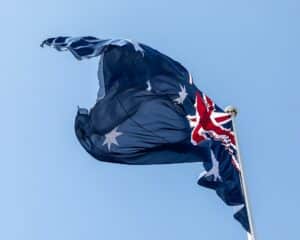 Sydney Lockdown Extended for Another Month