Hillary Clinton Announces She Has Tested Positive For COVID-19

The 74-year-old says she has ‘mild cold symptoms’

The 74-year-old said she has “some mild cold symptoms” and is “feeling fine.”

“I’m more grateful than ever for the protection vaccines can provide against serious illness,” Clinton said. “Please get vaccinated and boosted if you haven’t already!”

Well, I've tested positive for COVID. I've got some mild cold symptoms but am feeling fine. I'm more grateful than ever for the protection vaccines can provide against serious illness. Please get vaccinated and boosted if you haven't already!

“Bill tested negative and is feeling fine. He’s quarantining until our household is fully in the clear,” Clinton added in a second tweet. She asked her followers for their movie recommendations.

The former secretary of state’s announcement came hours after White House Press Secretary Jen Psaki announced she had tested positive for the virus and would not be joining President Joe Biden on his upcoming trip to Europe.

Psaki previously tested positive for the virus in October.

The news also followed an announcement from former President Barack Obama, who told his Twitter followers on March 13 that he has tested positive for COVID-19.

Like Clinton, Obama urged the public to get vaccinated.

“Earlier today, the Second Gentleman tested positive for COVID-19,” the deputy press secretary for the vice president, Sabrina Singh, said in a statement, per ABC News. “Out of an abundance of caution, the Vice President will not participate in tonight’s event [on Equal Pay Day]. The Vice President tested negative for COVID-19 today and will continue to test.”

Emhoff said on Twitter his symptoms were mild. He also encouraged people to get the vaccine and booster shots. 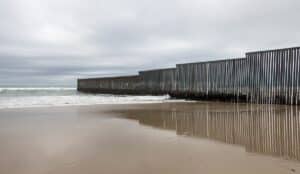