Former President Barak Obama urged Americans to get vaccinated after announcing he has tested positive for COVID-19.

Obama announced on Twitter on March 13 that he had COVID-19 but was “feeling fine.”

He added that his wife, Michelle, had tested negative.

I just tested positive for COVID. I’ve had a scratchy throat for a couple days, but am feeling fine otherwise. Michelle and I are grateful to be vaccinated and boosted, and she has tested negative.

It’s a reminder to get vaccinated if you haven’t already, even as cases go down.

Both have been vaccinated against the virus and had received a booster shot. The couple promoted the vaccine on social media, sharing photos and videos of themselves getting shots.

“Michelle and I got vaccinated against COVID-19 because we know it’s the best way to beat this pandemic, protect one another, and get the country back up and running again,” Obama captioned a video clip shared to his Instagram in March of 2021. “So I hope you’ll get the vaccine as soon as it’s available to you. It could save your life.”

COVID-19 hospitalizations in the United States declined to less than 30,000 for the first time since July 2021 on March 10, per ABC News. During its January 2022 peak, the highest hospitalization rate was about 160,000 people.

According to the Center for Disease Control and Prevention, there have been more than 79 million cases of COVID-19 since the onset of the pandemic in 2020. The agency reports that a total of 964,774 deaths have been attributed to the virus.

CDC data shows 65.3% of Americans are fully vaccinated against the virus, the equivalent of 216.6 million people. Of those people, 96 million have received a booster dose of the vaccine.

The Obamas were strongly criticized in August for hosting a large private event despite their public endorsement of recommended COVID-19 safety protocols and social distancing recommendations.

On August 7, the former president hosted several hundred people at his Martha’s Vineyard Estate for his 60th birthday.

According to the couple’s spokeswoman Hannah Hankins, the Obamas had originally planned to invite over 500 people to the gathering. Hankins said the couple “decided to significantly scale back the event to include only family and close friends” following a surge in the Delta variant in Cape Cod.

Obama and his guests were photographed dancing and socializing without a mask. Some outlets have said that the event had been managed by a “COVID coordinator” and that all the guests had been fully vaccinated.

At least 74 had tested positive after the event. Criticism of Obama circulated on social media under the tags #superspreader and #ObamaVariant. 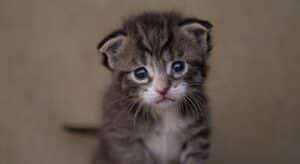