A group of Republican lawmakers is calling on the Biden administration to stop funding painful experiments on cats in Russia.

Earlier this month, taxpayer watchdog White Coat Waste Project discovered that in 2021, over half a million taxpayer dollars went to the Russian government’s Pavlov Institute of Physiology in St. Petersburg — where it was used to torture cats.

WCW reports, “in one ghoulish experiment, 18 healthy cats were ‘decerebrated,’ then forced to walk on a treadmill. ‘Decebration’ is a procedure in which experimenters cut off a cat’s brain function while they are still alive. The cats are knocked out, and their brain stems are severed, and sometimes, pieces of their brain are even removed. The ‘zombie’ cats then have electrodes implanted into their spines and are forced to walk on treadmills.”

“Just a week after our initial exposé, Congresswoman Lisa McClain, joined by five colleagues in the House of Representatives, sent a letter to President Biden, asking him to stop these fiendish and wasteful grants and defund all Russian labs. We’ve uncovered that four Russian government animal testing labs are currently eligible to receive NIH funding,” the report added.

In the letter, the coalition of US lawmakers wrote, in part, “the U.S. government has a troubling history of sending U.S. tax dollars to adversarial countries for cruel and wasteful animal research and testing. While this recent revelation is enough to make the stomach churn for any American, it is even more infuriating when you consider the fact these foreign grants are still active while Russia is despicably trying to overthrow, by military force, the government of our sovereign democratic ally, Ukraine.”

“Our foreign adversaries, especially ones run by tyrants, should not be given U.S. tax dollars to conduct heinous animal research. This should be a bipartisan, common-sense position. As such, you must take swift and decisive action to block any further U.S. tax dollars from going to Russian research labs,” the letter concluded.

In a statement provided to Timcast, Mackie Burr, the vice president of WCW, said, “taxpayers shouldn’t be forced to pay white coats in the Russian government to torture and kill cats in wasteful treadmill experiments. As White Coat Waste Project exposed, there are four Kremlin-run animal testing labs that NIH has authorized to receive our money, and U.S. sanctions against Russia should include defunding them. We applaud Rep. McClain and her colleagues for urging President Biden to cut taxpayer funding for Russian animal testing labs.” 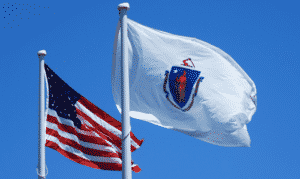