United States Repservative from Hawaii Kaiali’i Kahele announced he is running for the state governor.

Kahele gained national attention earlier this year after news surfaced that he had cast 120 votes by proxy during 2022 — attending Congressional session only in January before remaining in his home state.

“I haven’t missed a single vote this entire year,” Kahele told reporters in April. “Not a single one.”

On May 7, Kahele officially announced his gubernatorial campaign during a Boys and Girls Club event on the island of Hilo.

“Today, out-of-state money is corrupting our politics, polluting our state and putting our future at risk. I have a plan to stop the corruption and get the dirty money out of our state government,” he said, per The Hill. “I’m running for governor to send a message that Hawaii is not for sale.”

The first-year congressman wrote a letter in April saying he has voted by proxy because of the COVID-19 pandemic. While other representatives have used the by proxy voting option, Kahele had exercised by proxy voting more than any of his colleagues.

According to the Honolulu Civil Beat, the 48-year-old has appeared in person at the Capitol five times this year.

Kahele also did not attend President Joe Biden’s State of the Union address or an Armed Forces Committee meeting, per the Gazette.

Tulsi Gabbard, who Kahele succeded as Hawaii’s representative after she resigned to campaign for the presidency, reportedly missed 125 of 146 votes between October and December of 2019.

Kahele still works part-time as an airline pilot with Hawaiian Airlines. His earnings have prompted speculations that he is in violation of House Ethics rules. Representatives are only permitted to earn $29,595 in addition to their congressional salaries.

“According to his 2020 financial disclosure report, Kahele made nearly $120,000 from Hawaiian Airlines,” reports The New York Post. Kahele has denied these allegations, saying he only flies to maintain his flight certification.

“We need a decisive, action-oriented leader who won’t be swayed from serving our working people and families by special interests that contribute thousands of dollars to advance campaigns and political careers,” Kahele said in a statement on his campaign website.

The race is expected to be a victory for the Democratic Party. In the last 60 years, former two-term Governor Linda Lingle, who was elected in 2002, was the only Republican to hold the office. 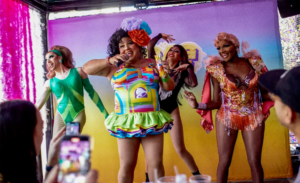