According to the materials provided to Project Veritas, Hasbro is partnering with a social justice company called Conscious Kids to force Critical Race Theory [CRT] upon its employees during mandatory trainings.

“By three to six months, babies are beginning to notice and already express preference by race,” Ishizuka says. “[Babies] as young as two are already using race to reason about people’s behaviors. We may see this play out in daycare or on the playground — and how kids are starting to choose or exclude playmates and friends.”

“By age three, children are already starting to apply stereotypes, and research shows that they also may use racist language intentionally at this age. White children at this age may report explicit or overt negative attitudes towards people of color…By age four, kids are showing a strong and consistent pro-white anti-black bias.”

By five, Conscious Kids claims that children can be full blown racist.

“At the age of five, children show many of the same racial attitudes held by adults — children are really sensitive to the status of different racial groups in our society and show a high-status bias towards white people, which is the socially privileged group in our society. White children show pro-white bias at this age.”

Johnson, who is black, said that he wanted to expose what they are doing because it is “absurd to just state as fact that at two years old, children are going to be racist and using race to reason about who they’re going to play with.”

“I decided to come to Project Veritas because I oppose the indoctrination of children that they wanted to push, and I felt that more people needed to know about it,” Johnson said in an interview with the organization. “They want to introduce children into racial bias at an early age before they’re really able to understand what race and racism is.”

The whistleblower has now been suspended from his job pending an internal investigation. A fundraiser to help support him has already raised over $125,000. 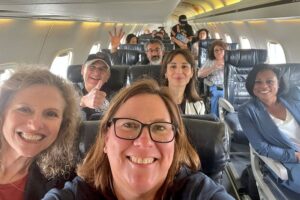