A drive-by shooting that lasted three seconds injured at least 14 people in Chicago.

At least three of the victims were under the age of 18. The youngest person injured is three years old.

Police have reported that many of the victims were attending a vigil for a deceased person on Oct. 31 in a west Chicago neighborhood. A crowd has gathered at the corner of South California Avenue and West Polk Street to release balloons as part of the vigil. At approximately 9:30 PM, one person – possibly two people – fired at the street from a passing SUV.

Chicago Police Department Superintendent David Brown told reporters that the 14 victims were in “various conditions, between critical and non-life-threatening” and that one additonal person was “struck by a vehicle at the scene as well.”

“We know it’s a drive-by,” said Brown, per ABC 7. “We know it happens in just a few seconds. It begins and then it’s over. In about three seconds, the car’s pulling out after driving by and shooting randomly into the crowd.”

Chicago Mayor Lori Lightfoot has asked the public to contact law enforcement with any information about the shooters.

“Last night, terror touched the lives of 14 individuals, including 3 children, in another tragic display of gun violence by cowards indiscriminately shooting into a crowd,” Lightfoot said in a statement released on Nov. 1.“The shooters had no concerns for the lives of the adults and children impacted, but I am calling on the people of goodwill who have information, to come forward.”

“None of us can be silent when faced with this kind of tragedy,” she added.

Lightfoot took the opportunity to call for additional regulations for firearms.

“Last night’s shooting reminds us that there are too many weapons of war available to criminals,” said the mayor. “We must have a statewide ban and I urge the legislature to act.”

As of Oct. 28, 573 people have been killed by gun violence in Chicago this year. The city recorded 797 total gun-related fatalities in 2021 and 772 in 2020. The total does not include people who suffered a non-fatal injury because of gun violence. The majority of those killed are black men between the ages of 20 to 39.

Lightfoot, who has been in office since 2019, previously called on federal authorities to intervene amid rising crime rates in Chicago.

“Cities individually cannot tackle this problem… In Chicago, we’ve done absolutely everything possible, and we need help from the federal government,” Lightfoot said in June of 2021, per The Washington Examiner. “When guns are so porous that they can come across our borders as we see every single day in Chicago, we know that we have to have a multi-jurisdictional, national solution to this horrible plague of gun violence.”

Lightfoot is currently running for a second term. The election will be held on Feb. 28, 2023.

An investigation into the shooting is ongoing. No arrests have been made as of the morning of Nov. 1. 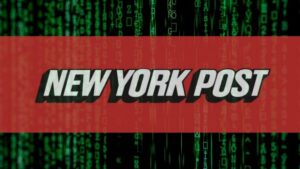