'Today, I Write To Humbly Ask For Your Support For The Position Of House Democratic Leader'

Jeffries, who represents New York’s 8th district, addressed a letter to fellow House Democrats asking to fill Pelosi’s role within the party following her Thursday speech announcing she would not seek reelection to her leadership position.

“When I initially sought the position of Chair of the House Democratic Caucus two terms ago, none of us could have predicted the challenges the American people would confront in the years to come,” Jeffries wrote. “However, time and again, throughout a period of enormous turmoil for our nation, House Democrats rose to the occasion.”

He continued: “Today, I write to humbly ask for your support for the position of House Democratic Leader as we once again prepare to meet the moment.”

Jeffries added: “It was an extraordinary responsibility to chair the House Democratic Caucus during a time of significant turbulence and legislative accomplishment.”

Jeffries laid out three principles for his candidacy, including empowering house members, prioritizing security, and reclaiming a Democrat majority.

“It is my hope that we can find common ground where possible with our Republican colleagues in order to deliver results for the American people. At the same time, the opposing party appears to have no plan to accomplish anything meaningful,” wrote Jeffries. “If the Republican Conference continues to major in demagoguery and minor in disinformation, their bankruptcy of ideas must be aggressively exposed on an ongoing basis. I have done that work and, if necessary, will continue to do that work should I be given the opportunity.”

House Democrats must also continue to advance a forward-looking vision anchored in kitchen table, pocketbook issues. We can unify around an agenda designed to make life better for everyday Americans from all walks of life, and simultaneously embrace issues of social justice consistent with the promise of the Constitution. I will also work hard to make sure that our track record of substantial legislative accomplishment translates into future electoral success. … House Democrats are actually the party that defends freedom, promotes economic opportunity and values families by uplifting them. We must make sure that the perception of the Democratic brand matches up with the reality that we do in fact authentically share values that unite the Heartland, Urban America, Rural America, Suburban America and Small Town America. … Together, we can make it happen. I am grateful for the confidence that you have placed in me as the Caucus Chair during such tumultuous times. … I look forward to creating a better future together for all Americans and humbly ask for your support.

Jeffries served in New York’s State Assembly from 2007 to 2012 before he was elected into the United States House of Representatives in 2013. The New York Representative has chaired the House Democratic Caucus since 2019. Jeffries is the fourth highest ranking Democratic leader behind Majority Leader Rep. Steny Hoyer, Majority Whip Rep. James Clyburn, and Assistant Speaker Rep. Katherine Clark. 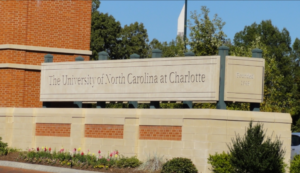