The University of North Carolina Charlotte has altered its weapons policies to permit Sikh students to carry a kirpan on campus.

The change comes after a video of a student carrying the ceremonial dagger on-campus being handcuffed was shared online in September.

“Over the past several weeks, we have engaged in dialogue with representatives from the local and global Sikh communities about how we could modify University policies to honor the tenets of religious freedom while protecting the safety of our campus,” said a Nov. 17 message to students Chancellor Sharon L. Gaber and Associate Vice Chancellor for Diversity and Inclusion and Chief Diversity Officer Brandon Wolfe.

All initiated Sikhs are required to always carry four items with them; an undergarment known as a kachhera, a wooden comb called a kanga, an iron or steel bangle called a kara, and short ceremonial sword or dagger known as a kirpan. They must also maintain kesh, or uncut hair.

According to Professor Kulraj Singh, the kirpan has three symbolic meanings:

To separate the transient individual self from the immortal universal self, preference for open combat as against secret attack for which straight pointed blade is employed (this stands for high ethical principles of straightforwardness) and declaration of sovereignty over oneself, which non-acceptance of restriction on wearing of arms implies. … For, after all, its wearing constitutes a discipline for its wearer and a reminder to him of certain philosophical concepts.

In its apology statement, the university said campus police officers involved in the September incident were responding to a 911 call about a person carrying a knife in the Student Union. The kirpan was ultimately returned to the student.

At the time, knives or “other edged instruments” were prohibited on campus.

UNC-Charlotte has now altered its “Weapons on Campus” policy to permit kirpans with blades that are three inches or less on campus. It must be worn close to the body and be sheathed at all times.

“Requests for other religious accommodations (such as requests to wear longer kirpans) may be made to the Office of Civil Rights and Title IX, and will be evaluated on a case-by-case basis,” the school noted.

The weapons ban has some other exceptions including permitting law enforcement personnel acting in their official capacity to carry a weapon.

Individuals with “a legally valid concealed handgun permit” or anyone “who is exempt from obtaining such a permit” under North Carolina law are required by the university to keep their firearms in “a closed compartment or container” either in or attached to their locked vehicles.

“The Office of Diversity and Inclusion, with support from Institutional Integrity, also conducted additional awareness training this week with our police department and will continue its work to expand our cultural education and training opportunities for all of campus,” Gaber and Wolfe added. “We want to express our appreciation to the Sikh leaders, especially the Sikh Coalition and the Global Sikh Council, who have taken time to share their perspective and expertise with us.”

Other communities with growing Sikh populations have had to accommodate for the religious tradition while drafting legislation.

In May of 2019, the United Kingdom’s Home Office had to update a bill that aimed to reduce knife attacks to accommodate for people who carry kirpans.

The revision legally protected sale, possession and use of large kirpans in the UK. 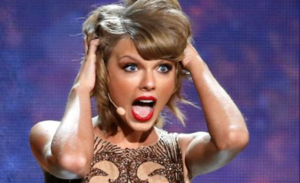