Habitat for Humanity has sold its first 3D printed home.

Habitat for Humanity Peninsula and Greater Williamsburg cut the ribbon on the house on December 21.

By 3D printing the house, Habitat for Humanity cut the standard construction schedule by at least four weeks and saved an estimated 15% per square foot in building costs. The house is printed in concrete, which the charity notes better retains temperature, saves on heating and cooling costs, and is more resistant to tornado and hurricane damage.

Another neat feature of Alquist homes is a 3d printer installed in every kitchen and a downloadable computer file that will allow homeowners to print knobs, light switch covers and other replaceable parts on the spot.

“Housing shortages have been real for decades. The perfect form of pandemic, climate and economic migration is accelerating the concern. Lumber prices have risen 50% since the pandemic began. A typical stick built home now costs, on average, $25,000 more than it did in 2020. Now is the time to address the shortages nationwide, with bold action,” Alquist 3D’s website states.

“What you see…is four years of blood, sweat and tears of figuring out how to make this happen,” Zachary Mannheimer, Founder and CEO of Alquist, said. “Virginia is the leader in 3D printing home construction, hands down.”

April Stringfield purchased the house through the Habitat Homebuyer Program. According to their press release, Habitat homebuyers “must have income between 45-80% of the area median income, excellent credit and the ability to pay for their new Habitat home. Habitat homes are sold at no profit with a zero-interest equivalent, 20- to 30-year mortgage.”

“April logged 300 sweat equity or volunteer hours, one of the requirements of the Habitat Homebuyer Program. Some were spent actually helping the crew on the construction site and others were recorded at the Habitat ReStore in Williamsburg,” Habitat for Humanity said in their press release. “April, employed full time for five years at a nearby hotel, will pay the no-interest mortgage back to the local Habitat affiliate — funds earmarked to go toward building future homes for qualified families.”

Stringfield will be moving into the home with her 13-year-old son.

“My son and I are so thankful,” Stringfield said at the ribbon cutting ceremony. “I always wanted to be a homeowner. It’s a dream come true.” 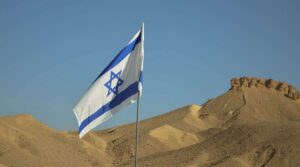