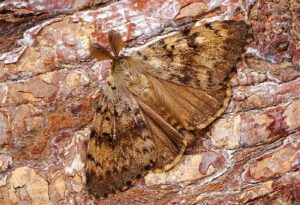 Gypsy moths are being renamed as part of the Entomological Society of America’s Better Common Names Project — which seeks to get rid of terms that may be offensive in insect names.

The group decided that the term “gypsy” may be offensive to the Romani people.

The Detroit Free Press reports that the moth is “one of the first two for the organization’s Better Common Names Project, which seeks to replace names that contain derogative terms, inappropriate geographic references and for those that disregard what native communities called the species.”

The moth will now go by their scientific name “lymantria dispar,” which doesn’t roll off the tongue quite as easily.

The Gypsy ant is also being renamed and should now be called “aphaenogaster araneoides,” which people will surely use all the time.

The madness will not stop there. The ESA is now asking the public to help them find things that people might be outraged about, so that they can change those names too.