In an announcement on Tuesday, the department said applicants who want to be lawful residents must provide proof of vaccination to the physician conducting their immigration medical examination. U.S. Citizenship and Immigration Services’ website notes that most immigrants are required to go through this exam to ensure they are “free from any conditions that would render them inadmissible under the health-related grounds.”

Immigration applicants are also required to be vaccinated for the flu, polio, and hepatitis B.

The new rule does allow for exemptions because of age or medical conditions. Additionally, those who do not have access to the vaccines and in cases where waiting for the vaccine would cause a “significant” delay can be granted an exemption.

“The vaccine rule was created to align with Centers for Disease Control and Prevention requirements that were issued on Aug. 17 to civil surgeons, or doctors authorized by USCIS to conduct immigration medical examinations. Those requirements asked civil surgeons to consider the COVID-19 vaccination among the required vaccines for immigration applicants,” reports The Kansas City Star.

Illegal immigrants are not obligated to get the vaccine. Instead, while detained by Immigration and Customs Enforcement, they are offered the vaccination on a voluntary basis.

In July, ICE reported that approximately 30% of those in custody have refused the vaccination. The agency’s data documents nearly 20,000 COVID-19 cases and nine deaths among ICE detainees.

“The Department of Homeland Security (DHS) continues its vaccination efforts to include voluntary vaccinations for individuals in the care and custody of U.S. Immigration and Customs Enforcement (ICE),” an ICE spokesperson told Axios.

On Tuesday, Arizona Attorney General Mark Brnovich filed a lawsuit against the administration in response to UCIS’s new rule. He argued that the vaccine mandate violates the Equal Protection Clause of the 14th Amendment to the Constitution.

“Migrants who cross the southern border illegally are not subject to any vaccination requirements even when released directly into the United States,” Brnovich said in a statement. “This reflects an unmistakable — and unconstitutional — brand of favoritism in favor of illegal migrants.”

COVID-19 has been an additional burden at the already besieged Southern Border.

American Military News reported in August that “some flights being used to deport illegal immigrants had over 25 percent of the passengers test positive before leaving.”

“Vaccines are required for people at a business with more than 100 people. It is not a requirement for migrants at the border. Why?” he asked.

“That’s correct,” Psaki responded, quickly brushing off the question and moving on, per The Daily Mail.

“The Border Patrol predicted earlier this year that 184,000 migrant children will enter the United States illegally this year, and over 1 million illegal immigrants have been encountered at the border so far this fiscal year,” Fox News reported over the summer. 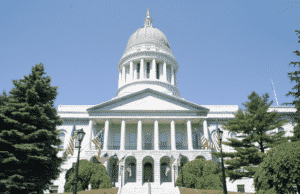