The nation of Greece confirmed this week a new penalty for some unvaccinated residents, announcing a $114 monthly fine for those over the age of 60 who refuse the injections without an approved medical exemption.

“Greek Prime Minister Kyriakos Mitsotakis announced mandatory Covid-19 vaccination for all Greeks above 60 years of age before a cabinet meeting in Athens on Tuesday, in an effort to tackle the new omicron variation threat ahead of the festive season,” reports Bloomberg.

“Those who refuse to get vaccinated will have to pay a monthly fine of 100 euros ($114) for each month they don’t get jabbed, starting on Jan. 16, according to Mitsotakis. The penalty will be imposed by the tax authorities directly to those who haven’t been inoculated and the funds collected will be given to Greek hospitals fighting the pandemic,” adds the financial outlet.

“It is not a punishment,” Mitsotakis said. “I would say it is a health fee.”

“Experts estimate that the importance of the vaccine in a 70-year-old preson is the equivalent to 34 vaccinations of younger ones in terms of public health,” added Mitsotakis.

Read the full report at Bloomberg. 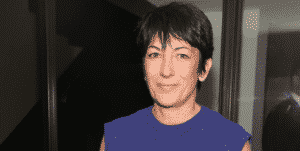