Maxwell has pled not guilty to eight counts of sex trafficking

The trial of Ghislaine Maxwell, who is accused of assisting Jeffrey Epstein traffic young girls, began on the Monday after Thanksgiving.

Maxwell was the financier’s girlfriend during the 1990s. It is believed that her social connections and influence gave Epstein access to elite men, who allegedly participated in his sex ring. In return, Epstein helped Maxwell recover financial security and maintain the lavish lifestyle to which she was accustomed.

Prosecutors contend Maxwell eventually acted as his “Madame” between 1994 and 2004. She is accused of recruiting young girls for Epstein to groom and abuse. She was described as his “best friend and right hand” in court.

Maxwell pled not guilty to eight charges of sex trafficking in addition to several other crimes. She will be tried on two counts of perjury at a later date.

She appeared in court on Nov. 29 in a cream sweater and black slacks, with reporters noting she seemed less gaunt and distraught than previous appearances. Her sister, Isabelle, was also in the courtroom.

Her legal team claims she is being used as a scapegoat for Epstein.

“Ever since Eve was accused of tempting Adam with the apple, women are blamed for the bad behavior of men,” said defense lawyer Bobbi Steinheim on Monday. “The charges against Ghislaine Maxwell are for things Jeffrey Epstein did… But she is not Jeffrey Epstein. She is not like Jeffrey Epstein, [she is] not like any other powerful men — moguls, media giants — who abuse women.”

Maxwell’s lawyer, Bobbi Sternheim, contends that Maxwell’s accusers have been manipulated by the prosecution.

“This case is about memory, manipulation and money,” Sternheim said. “Memories fade over time, and in this case you will learn that not only have memories faded, but they have been contaminated by outside information.”

If convicted, Maxwell could face 80 years in prison.

“Four accusers are expected to testify against Maxwell at the trial, which is expected to last until at least early January,” report Reuters. “Prosecutors said other witnesses will include family members of the accusers and former Epstein employees.”

The jury will also hear from Epstein’s pilots and members of law enforcement, They will also review evidence including “a schoolgirl outfit,” flight logs and documents showing gifts Epstein sent to underage girls.

Epstein, a convicted pedophile and multimillionaire financier, was arrested on July 6, 2019, for allegedly abusing teenage girls in several of his residences, including his Upper East Side townhouse.

He was found unresponsive in his jail cell in the Special Housing Unit of Manhattan Correctional Center in Lower Manhattan on Aug. 10. He was being held without bail pending trial on child sex-trafficking charges and had already been placed on suicide watch following a previous hospitalization after being found unconscious two weeks earlier.

Video of his cell was deemed unusable and his death was ruled a suicide by the coroner’s office.

Maxwell is a 59-year-old British heiress and daughter of newspaper publisher Robert Maxwell. The enigmatic Czechoslovakian-born Brit built an international communication media empire and was a suspected spy who left his family in serious debt after his suspicious death on his luxury yacht, Lady Ghislaine, off the coast of Spain in 1991. His death has been called both a mysterious accident and an apparent suicide. 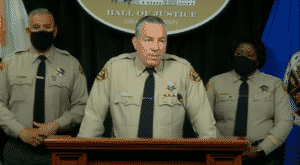