Unvaccinated people will not be allowed into indoor public spaces as a preventive measure in the wake of a COVID-19 surge.

Greek Prime Minister Kyriakos Mitsotakis announced the changes in a televised address to the nation. Unvaccinated people had previously been allowed entry into restricted places if they presented a negative COVID-19 test.

“This is indeed a pandemic of the unvaccinated,” Prime Minister Mitsotakis said in his address. “Greece is mourning unnecessary losses because it simply does not have the vaccination rates of other European countries.”

Masks are now required in all workplaces and public and private sector businesses will have staggered opening hours.

Currently, people who work in academia, tourism, restaurants, cafes, bars and entertainment production must get tested twice a week for COVID-19. School and university students are also subject to the testing requirement

“About a third of the country’s population and a quarter of adults remain unvaccinated and deaths have risen rapidly since late October to reach the highest level in six months,” per SF Gate.

To maintain their vaccine passports, residents over the age of 60 will now be required to get a booster shot. Vaccine passports for this age group will otherwise expire seven months after they initially received the vaccine.

“Greece is just the latest country in Europe to announce stricter lockdown measures on the unvaccinated,” reports Breitbart. “Austria has seen some of the most draconian measures enacted over the past week after initially announcing that unvaccinated people would be placed under lockdown and then extending the lockdown to the entire country regardless of vaccination status.”

According to The Guardian:

“The restrictions were enforced as dozens were charged with producing fake inoculation certificates. In an unprecedented step, 48 people were prosecuted for participating in a criminal ring that had manufactured and sold scores of fraudulent Covid-19 certificates out of a health [center] in central Greece. Judicial authorities [signaled] that similar investigations were under way in other parts of the country.”

Greece’s restrictions on the unvaccinated are set to expire on Dec. 6. 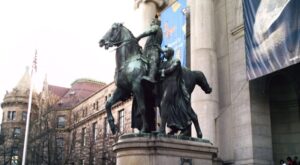