'Here on the Pacific coast of North America, we’ve been on the frontlines of the climate crisis,' said British Colombia Premier John Horgan

The governors of California, Oregon, and Washington have signed a new agreement with the premier of British Colombia focusing on climate concerns and the promotion of green technology.

The four governments had already individually committed to reducing greenhouse gas emissions by 80% by 2050.

“Rapidly accelerating climate change threatens our communities along the Pacific Coast of North America with cascading impacts to economic livelihoods, public health and safety, cultural and social practices, and natural systems from wildfire, drought, heat waves, ocean change, and flooding,” read the Statement of Cooperation. “We need to continue to inspire accelerated efforts regionally, nationally, and at a global scale. For current generations, kids, and grandkids, we must act now in a way that gives everyone opportunity and security.”

The document outlines seven guiding principles for the agreement. These include accelerating “the transition to a resilient low-carbon economy, ensuring all residents participate and benefit from the transition,” to “ensure our low-carbon economy supports public health, creates jobs, and lowers the cost of living,” and to “respect, learn from, and engage with Tribes and Indigenous Peoples.”

The government must “protect communities and natural and working lands and coasts from wildfire, drought, heat waves, ocean acidification, and flooding” by “ directing support, including local and federal funding, to these activities and by developing targeted programs that cultivate a forest resilience workforce, a sustainable bioeconomy, and communities resilient to wildfire.”

They will also “support an equitable and just transition to a low-carbon and climate-resilient future” and “invest in climate infrastructure at a regional scale.”

The government officials also affirmed already established programs created through the Pacific Coast Collaborative, which was created about 15 years ago, per Global News.

After three years, the government agreed to reevaluate the progress made on these climate initiatives as well as add new signatories or amendments at that time. The signatory governments must provide written notice to withdraw.

“This document shall have no legal effect, impose no legally binding obligation enforceable in any court of law or other tribunal of any sort, nor create any funding expectation; nor shall Pacific Coast jurisdictions and cities be responsible for the actions of third parties or associates,” notes the agreement. “This document does not change, influence, or create new legal relationships among Pacific Coast jurisdictions and cities.”

“In California, we punch above our weight when it comes to climate action – but our actions can only do so much without the rest of the world at our side,” said Newsom in a statement. “The Pacific Coast is raising the bar for tackling the climate crisis while also ensuring every community is included in our efforts. The West will continue to lead the way toward a carbon-free future that supports our economy, our people and our planet.”

“Here on the Pacific coast of North America, we’ve been on the frontlines of the climate crisis – both experiencing its most devastating impacts and leading the world in developing solutions to reduce carbon pollution,” said Horgan. “By signing this statement of cooperation, we’re building on our strengths as leaders in climate action and positioning ourselves for success in a clean energy economy. Working together, we’re charting a path to a cleaner, stronger future with good jobs and opportunities – for people on both sides of the border.” 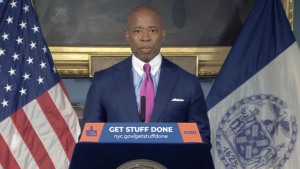