A new California law will allow any resident to receive a state-issued identification card regardless of their legal immigration status.

Governor Gavin Newsom signed the “Califonia IDs For All” Act on Sept. 23. The bill, AB 1766, was passed by the legislature in August.

“California is expanding opportunity for everyone, regardless of immigration status,” said Governor Newsom in a statement last week. “We’re a state of refuge – a majority-minority state, where 27 percent of us are immigrants. That’s why I’m proud to announce the signing of today’s bills to further support our immigrant community, which makes our state stronger every single day.”

The policy expands upon previous legislation approved in 2013 that allowed driver’s licenses to be issued to immigrants residing in America illegally and to people documented as part of the federal Deferred Action for Childhood Arrivals program.

The California Department of Motor Vehicles will now need to “issue a restricted identification card to an eligible applicant who is unable to submit satisfactory proof that their presence in the United States is authorized under federal law if they provide satisfactory proof of identity and California residency” by July 1, 2027.

Under the new law, “immigration enforcement… does not constitute an urgent health and safety need for those purposes, and would prohibit a government agency or department, law enforcement agency, commercial entity, or other person from obtaining, accessing, using, or otherwise disclosing, noncriminal history information maintained.”

The governor’s office says that allowing any resident, including those who are not legally residing in the country, to obtain identification will “support immigrants, advance equity, and expand opportunity.”

The state government says that allowing undocumented immigrants to receive state IDs is a “critical step for inclusion,” allowing illegal immigrants to have improved access to in-state tuition and greater access to student loans.

“The Golden State’s controversial move comes in the wake of recent news that the U.S. Dept. of Homeland Security has in some instances neglected to assign registration numbers to migrants illegally crossing the border, another step toward recognizing those without legal status,” reports ADN America.

Assemblyman Mark Stone, a Democrat, introduced the policy in February.

“Lack of identification is one of the largest barriers to success into the community because IDs are essential to securing employment, housing, and social services,” said Assemblymember Stone in a statement. “AB 1766 is an essential gateway to social inclusion and should be a basic necessity that every resident has access to.”

The Public Policy Institute of California estimated in 2014 that the state was “home to between 2.35 and 2.6 million undocumented immigrants” and that it had the “second-highest statewide concentration of undocumented workers” in the nation. 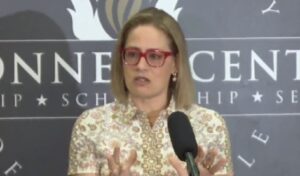