Businessman Rainer Schaller has not been confirmed dead at this time

Gold Gym’s parent company confirmed CEO Rainer Schaller, his family, and his friends were aboard a plane that is believed to have crashed off the coast of Costa Rica.

The Rainer Schaller Group (RSG) did not say if Schaller is believed to be alive in its statement.

“We are shocked, stunned, and full of grief about this tragic accident,” the RSG statement read, per AP News. “The news during the last few days has shaken us deeply, and our thoughts are with the family in these difficult hours… As the situation is currently still being investigated on-site, we cannot comment further at this time and ask for your understanding.”

The RSG Group said the bodies of one adult and one child have been recovered as have luggage and pieces of the twin-engine turboprop aircraft from the sea by Costa Rican authorities. Neither person has been identified. All five passengers were German citizens and the pilot was Swiss. The plane went missing on Oct. 21 and was located on Oct. 22 — 17 miles from Limon airport.

“The plane was a nine-seat Italian-made Piaggio P180 Avanti, which lost communication with the control tower near Barra de Parismina close to Limon around 6 p.m.” reports The New York Post. The plane was reported en route to Mexico and the search had to be suspended overnight because of weather.

The RSG Group is a collection of 21 companies in the fitness, lifestyle, and fashion industry, including McFit, John Reed and Gold’s Gym. The conglomerate operates in 48 countries and employs more than 40,000 people directly or through its franchises. McFit is the largest gym chain in Germany and also operates in Austria, Italy, Poland and Spain.

Schaller acquired Gold’s Gym after it filed for bankruptcy in July of 2020. In an announcement, Rainer called the California-based chain an inspiration. Schaller was a retail salesman who opened his first gym in 1997 in Würzburg, Germany.

“Gold’s Gym is a fitness institution that had a major influence on the industry’s development,” he said. “I am incredibly proud that, in partnership with their current leadership team, we will be able to breathe new life into this iconic brand under the umbrella of the RSG Group.”

The 53-year-old and his partner, Christiane Schikorsky, have two children.

A search to find the four other people aboard the plane is ongoing. 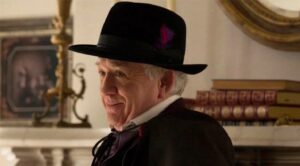