Actor Leslie Jordan, 67, has passed away after crashing his BMW into the side of a building in Hollywood.

Law enforcement told TMZ that Jordan was driving and “suffered some sort of medical emergency” around at 9:30 a.m. local time on Monday morning. The crash took place at Cahuenga Blvd. and Romaine St.

The Emmy-winning actor, writer, and singer was perhaps best known for his work on Will & Grace and American Horror Story.

“LJ became a social media sensation during the pandemic, with his silly video posts helping him skyrocket from about 80,000 Instagram followers to a whopping 5.8 million,” TMZ reports. “He told us on ‘TMZ Live’ his secret was just being himself — a silly, funny, goofy, happy-go-lucky senior citizen.”

Variety reports that “Jordan released a gospel music album titled ‘Company’s Comin’ in 2021 and, later that year, appeared as a guest panelist on ‘The Masked Singer,’ where he performed gospel standard ‘This Little Light of Mine.'”

“An LGBTQ icon, Jordan received GALECA: The Society of LGBTQ Entertainment Critics’ Timeless Star award in 2021. He appeared on ‘RuPaul’s Drag Race’ as a guest judge in 2013, and again in 2022 as a guest director. During the AIDS crisis, he was involved with the AIDS Project Los Angeles and Project Angel Food.”

Jordan also appeared in “Hearts Afire,” “The Cool Kids,” “Call me Kat” and had guest appearances in many other shows.

The actor was raised Southern Baptist in Tennessee, before moving to Los Angeles to pursue work in the entertainment industry in 1982. He later struggled with drug and alcohol abuse but announced that he had been sober for 13 years in 2010.

“The world is definitely a much darker place today without the love and light of Leslie Jordan,” David Shaul, Jordan’s agent, told Variety. “Not only was he a mega talent and joy to work with, but he provided an emotional sanctuary to the nation at one of its most difficult times. What he lacked in height he made up for in generosity and greatness as a son, brother, artist, comedian, partner and human being. Knowing that he has left the world at the height of both his professional and personal life is the only solace one can have today.” 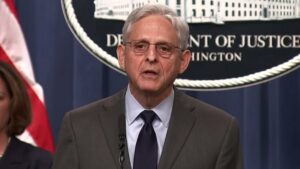