A group of top all-girls schools in the United Kingdom has announced they will not admit transgender students out of concern that it will “jeopardize” their single-sex status.

The 23 private schools and two academies that make up the Girls’ Day School Trust will not accept applications from students who are biologically male but identify as female.

The organization shared its updated gender identity policy guidance document with its 25 members last month. It said that accepting students based on their gender identity and rather than the sex on their birth certificate could “jeopardize the status of GDST schools as single-sex schools” which was established under the Equality Act in 2010.

“The GDST believes that an admissions policy based on gender identity rather than the legal sex recorded on a student’s birth certificate would jeopardise the status of GDST schools as single-sex schools under the act,” stated the document. “For this reason, GDST schools do not accept applications from students who are legally male.”

The document notes that female students who are already admitted and enrolled in one of the 25 GDST could remain at the schools if they decide to transition to male.

Cheryl Giovannoni, the Chief Executive Officer of the Girls’ Day School Trust, said in a statement that “the underlying principle” of the gender identity policy “is to offer a supportive educational environment to those students who are exploring their gender identity or in the process of transitioning.”

“GDST schools are able to operate a single-sex admissions policy, without breaching the Equality Act 2010 on the basis of an exemption relating to biological sex,” Giovannoni said. “Under current laws and guidance, the GDST believes that an admissions policy based on gender identity rather than the legal sex recorded on a student’s birth certificate could jeopardise the status of GDST schools as single-sex schools under the act. We will continue to monitor the legal interpretation of this exemption.”

For some, the policy comes as a common-sense practice that has been skewed as exclusionary.

“As the law stands, children in the UK cannot acquire a Gender Recognition Certificate which means they cannot change their legal sex,” wrote Debbie Hayton for Unheard.com “So that means that there is no question about girls’ schools excluding girls who choose to identify as boys: they are still female legally as well as biologically. Trans-identified girls are not being turned down.”

Single-sex schools have been struggling with how to manage transgender students and applicants for many years. In 2016, the Association of Teachers and Lecturers discussed how an all-boys or all-girls school would accommodate a transgender student. Schools would have to modify bathrooms, dormitories, locker rooms, and uniforms.

Teachers at the meeting reported feeling “ill-prepared” to deal with the issue, according to the BBC.

“According to reports, as many as 50 children a week are being referred to the UK’s leading gender identity clinic,” per The Express.

The Association of School of College Leaders (ASCL), a teacher’s union in the U.K., has asked the national government to issue clear guidance on the issue.

“It is a really big issue and the lack of formal guidance for schools is something that we are concerned about,” Julie McCulloch of the ASCL told The Telegraph. 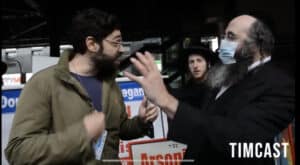