A girl’s high school volleyball team in Vermont has been banned from their own locker room after complaining about a transgender student being present while they change their clothes.

Girls on the Randolph High School volleyball team claim that the transgender player had made an “inappropriate remark” while they were changing.

After filing a complaint about the incident, the entire team was allegedly banned from using the locker room and forced to take turns changing in a single-stall bathroom.

According to Vermont’s education policy, “a transgender student should not be required to use a locker room or restroom that conflicts with the student’s gender identity.”

Blake Allen, one of the biological female players on the team, has been speaking to the press about her discomfort with a biological male being in the room while she changes.

“It’s a huge thing. Everyone’s asking, ‘So, why aren’t you allowed in the locker room?’” Allen told local station WCAX.

Allen said that she does not have an issue with the transgender player being on the team, but is uncomfortable having to change in front of them. The school is now investigating at least one of the girls for allegedly “harassing” the transgender student.

“My mom wants me to do this interview to try to make a change,” Allen continued. “I feel like for stating my opinion — that I don’t want a biological man changing with me — that I should not have harassment charges or bullying charges. They should all be dropped.”

“There are biological boys that go into the girl’s bathroom but never a locker room,” Allen continued.

In an email to parents, the school claimed that there is “plenty of space where students who feel uncomfortable with the laws may change in privacy.”

“They want all the girls who feel uncomfortable — so pretty much 10 girls — to get changed in a single stall bathroom, which would take over 30 minutes. Where if one person got changed separately, it would take a minute, like no extra time,” Allen said.

On Saturday, the district representing Randolph High School, Orange Southwest Supervisory District, had its website hacked and covered with “hate speech, symbols, and photographs targeting transgender individuals,” superintendent Layne Millington said in a statement, according to the VT Digger.

The incident led to the district disabling its website and social media accounts.

“While the speech has been disgusting and disturbing, it has not been threatening,” Millington wrote, saying that it appeared to be related to the locker room controversy.

The district is now working with law enforcement to track down those responsible and figure out a way to continue communicating with parents while those channels are down.

“We will further assess with law enforcement what we learn over the next 24 hours and use it to create a response plan to ensure our students and schools continue to be safe and supportive,” Millington wrote. 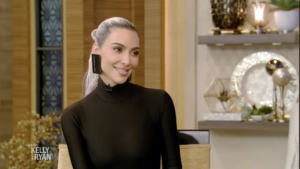