Rather than uplift students whose talents might otherwise go unrecognized, there has been a nationwide “equity” push exemplified by organizations such as the National School Boards Association and the UFT led by Randi Weingarten.

This equity-centric approach ends up ignoring learners with natural gifts-many of whom come from historically underrepresented or underprivileged backgrounds.

The concepts of racial essentialism, and DiAngelo-Kendism, are examples of collectivism that negates the notion of people as individual human beings. This inadvertently induces a dog-eat-dog atmosphere in education in which students’ individual abilities go unrecognized. From the days of John Dewey to the post-World War II era, U.S. leaders have been dedicated to strengthening their future generations through formative education. Maintaining America’s competitive edge in science and technology spurred President Eisenhower to sign the National Defense Education Act in 1958. The NDEA introduced advanced mathematical and scientific concepts in public schools as the U.S. sought to keep pace with the Soviet Union following the communist superpower’s launch of Sputnik.

Not only does the federal government recognize the importance of accommodating gifted and talented students, but states also have specific provisions obliging accommodations for gifted learners. Only three states, Massachusetts, South Dakota, and New Hampshire, lack a state-level definition for gifted pupils.

Democratic-leaning states and municipalities have or are seeking to make their K-12 curricula less substantial in the name of equity. Former New York City Mayor Bill de Blasio ended the city’s Gifted and Talented Program even though the former mayor’s two children attended the program. The woke criticism of gifted and talented K-12 education prompted de Blasio to establish a new program called Brilliant NYC, removing a popular gateway to success.

New York City is far from the only location pursuing a less rigorous future. The new California Math Framework, up for a vote in 2022, rejects the idea that students have “natural gifts and talents”. In the Beaver State, Oregon’s Governor Kate Brown signed a bill ending reading and math requirements for high school graduation. Are colleges going to be next in removing admissions and graduation standards on the basis of math and reading?

On the other side of the country, California’s proposed revamp of the math curriculum has also engendered opposition. Two open letters opposing California’s framework have attained hundreds and over one thousand academic signatories respectively. Conflict between educators, administrators, and other educational authorities is nothing new in the Golden State. Decades earlier, the Los Angeles public school establishment discouraged famed educator Jaime Escalante from continuing his successful math program. Escalante and Garfield High School principal Henry Gradillas developed that there is an exemplary program that provides students with opportunities beyond the expectations that institutional prejudices have wrought in the City of Angels.

California’s guidelines are in direct contradiction with the proposed 2021 framework rejecting the concept of natural gifts and talents. The Golden State’s education code from 2005 states: “The Legislature finds and declares that it is in the public interest to support unique opportunities for high-achieving and underachieving pupils in the public elementary and secondary schools of California who are identified as gifted and talented.  The Legislature further declares its intent that special efforts be made to ensure that pupils from economically disadvantaged and varying cultural backgrounds be provided with full participation in these unique opportunities.”

“Gifted and talented children are those, identified by professionally qualified persons, who by virtue of outstanding abilities are capable of high performance. These are children who require differentiated educational programs and/or services beyond those normally provided by the regular school program in order to realize their contribution to self and society.”

Provisions in the Javits Act were reauthorized in the Every Student Succeeds Act of 2015. More recently, George W. Bush’s No Child Left Behind Act intended to reward higher-performing school systems and resolve educational disparities at the district and state levels.

The vast majority of Americans, particularly parents, want schools that prepare students for success. Most Americans are opposed to philosophies like DiAngelo-Kendism that reduce students to their ethnicity and in effect pit them against each other. The recent Virginia election results illustrate the political salience of this issue.

At the end of the day, what is the goal of public school? Is it to mold young minds to attain success and meet the challenges of tomorrow? Or is it a mere waystation in the journey of life, a simple prop to occupy their time? The advent of “privilege bingo” as a class exercise for 10th graders in Fairfax County Public Schools stands out as the latest example of less -particularly when “military kid” and “involved in extracurricular activities” are considered to be privileges. With the absence of teaching students the necessary concepts to learn and understand on their own, are education leaders training students to become dependent upon a technological elite? Without the right fundamental educational grounding, students may ultimately be consigned to be consumers rather than creators-establishing a permanent underclass subject to the whims of a better educated, adversarial foreign power. Arthur C. Clarke once wrote: “Any sufficiently advanced technology is indistinguishable from magic”.

Without teaching the fundamentals necessary to understand today’s and tomorrow’s technology in the classroom, future generations will not only miss out on employment opportunities but they will also be left to wonder about the magic that runs the infrastructure essential to modern life. If students are taught a curriculum decided by woke politicians, the work of everyone from Eisenhower to Escalante will be tragically forgotten and undone. Every politician should understand this if they are going to represent their constituents effectively. Time will ultimately tell if educators and lawmakers will acquiesce to or repudiate the most questionable and consequential academic fads. 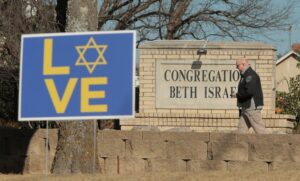