Ghislaine Maxwell has given up the fight to protect the identity of eight “high-profile” John Does named in the civil lawsuit filed against her by Virginia Giuffre.

It is unclear if one of the anonymous Does is Prince Andrew himself.

“Now that Maxwell’s criminal trial has come and gone, there is little reason to retain protection over the vast swaths of information about Epstein and Maxwell’s sex-trafficking operation that were originally filed under seal in this case.” pic.twitter.com/aTNlj1KS5u

Giuffre’s request comes after Southern District of New York Judge Lewis Kaplan ruled that he would not dismiss her lawsuit against Prince Andrew, who she maintains sexually abused her with the help of Epstein and Maxwell when she was just 17-years-old. The royal has repeatedly denied the allegations.

All eight anonymous men named in the civil suit have objected to their names being unsealed.

The Daily Mail reports, “According to the filings, John Doe 17 complained that being associated with the case would cause him ‘annoyance and embarrassment.”

“Another John Doe, number 151, claimed that they were ‘trying to live a private life’ and that disclosure meant they would be ‘hounded’ by the media,” the report continued.

The report added, “Does 53 and 54 do not oppose unsealing so the documents relating to them should be released,” “Does 55 and 56 object to their names being made public because they claim a deposition in which they are mentioned is ‘unreliable,'” “John Doe 73 argues against unsealing because of a ‘general aversion’ to being associated with Maxwell and Epstein and disclosure could cause ‘substantial embarrassment,'” “Doe 93 claims that documents which mention them have ‘no relevance’ to the matters at hand and could be seen as ‘salacious,'” and “Doe 141 is mentioned the most of all and appears in 47 documents.”

Lawyers for Giuffre argued that the accused “generalized aversion to embarrassment and negativity” is not enough to warrant keeping the documents sealed.

“In the face of extensive prior briefing on objections just like these, the court’s unsealing process has been quite consistent: with the exception of a narrow set of circumstances which are generally not present here, documents have been unsealed,” Giuffre’s lawyer wrote in the legal brief, filed on Wednesday.

Maxwell had previously helped fight to keep the names sealed, but appears to have given up now that she has been found guilty for her role in the sex trafficking operation.

The letter from Maxwell’s attorney to the judge: 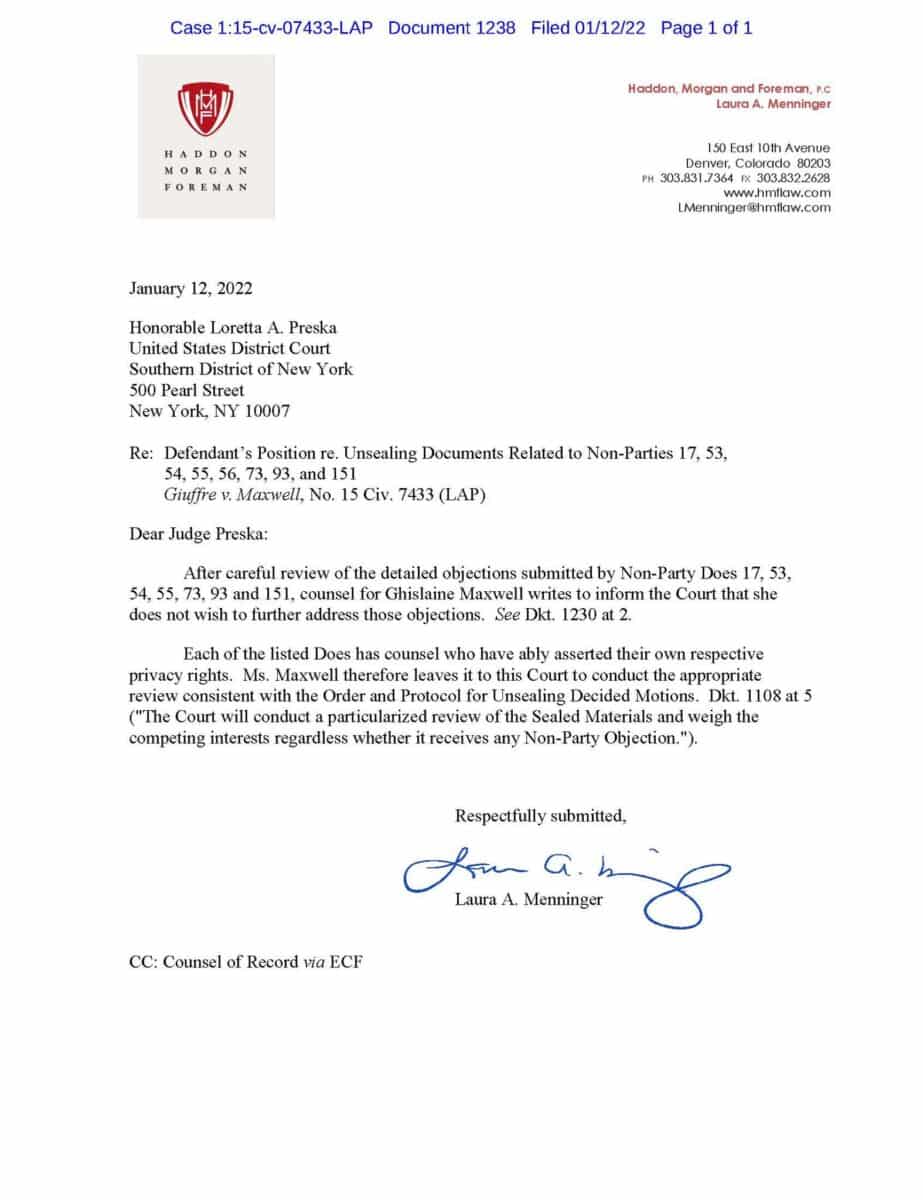 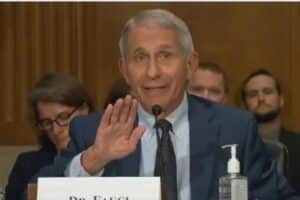