Germany Will End Most COVID-19 Restrictions On March 20

Similar announcements were made in Switzerland and Austria

German officials announced a three-step plan to end most COVID-19 restrictions by March 20.

In a public announcement on Feb. 16, the government said people without proof of vaccination will no longer be barred from entering nonessential stores. The first phase of the plan also includes ending restrictions on the number of vaccinated people permitted to privately gather.

Restaurants and bars will not have to ask for proof of vaccination, booster shot, or recovery after March 4. Nightclubs will reopen but will be subject to entry restrictions.

At that time, employers in Germany “will no longer be required to test unvaccinated workers or enable telework for their employees, according to the conference report, a step expected to bring many German workers back to their workplaces,” per Stars and Stripes.

Scholz and Germany’s 16 state governors all support the plan.

“Germany saw infections caused by the highly contagious omicron variant surge later than in several other European countries,” reports AP News. “Officials have attributed this to the restrictions that have been in place since December.”

Scholz publicly stated his support for universal COVID-19 vaccine requirements for adults prior to his election. The measure is not uniformly supported by the three-party coalition he leads.

“We have accomplished what we wanted with our restrictions, which is the reason we have an optimistic perspective,” Scholz said in Berlin. “But we cannot become careless. The pandemic is not over. Infections are still high. So we still all have to convince those who have not been vaccinated.”

Neighboring nations to Germany have announced plans to end restrictions adopted during the COVID-19 pandemic in the coming weeks. Austria announced on Feb. 16 that the majority of its restriction would be repealed on March 5. Most of Switzerland’s coronavirus policy will end this week. Denmark announced at the beginning of February that COVID-19 no longer posed a threat to its citizens and ended almost all of its restrictions.

Elsewhere in Europe, Sweden and Norway ended virtually all COVID-19 restrictions while the United Kingdom announced a number of reductions to its isolation policies.

Germany’s gradual roll-back does not include ending social distancing or mask requirements, which will remain in effect. Face coverings will still be required in all indoor public spaces and on public transportation. 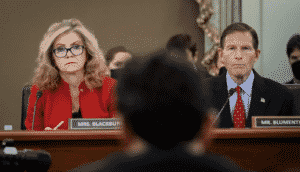