The result is a 'symbol of an open and tolerant society,' according to MP Tessa Ganserer

Two Transgender women have been elected to the German Parliament for the first time following the country’s elections on Sunday.

The politicians are part of the Greens, “a smorgasbord of all kinds of different but primarily left-wing environmental and peace-focused groups and the anti-nuclear power movement,” says Duetschland.de. The party’s mission is to “reconcile ecological, economic and social sustainability” and their long-term goal is a federal republic of Europe.

The Greens are considered a center-left party that represents the middle class. It came in third this election, and now represents nearly 15% of parliamentary votes. In 2017, the Greens had about 9%.

The politicians, Tessa Ganserer, 44, and Nyke Slawik, 27, both have LGBTQ-related legislative goals.

Slawik, from the western state of North Rhine-Westphalia, wants to address homophobia and transphobia nationally and improve federal anti-discrimination law.

“Attitudes towards LGBT+ issues in Germany are largely progressive, with a 2018 poll finding that 70 percent of people would support a law requiring insurance companies to pay for gender surgery for transgender people,” per Pink News.

Ganserer wants to allow lesbian mothers to adopt children through legislative changes and create an easier procedure for adding a sex change to identity documents.

The lawmaker was elected in 2013 to Bavaria’s regional parliament while identifying as male and won reelection in 2018 under her former name.

Granserer called the parliamentary victories “a symbol of an open and tolerant society.”

“It is a historic victory for the Greens, but also for the trans-emancipatory movement and for the entire queer community,” Ganserer, who has two sons, told Reuters.

According to Reuters, “homosexuality was decriminalised in Germany in 1969 and same-sex marriage legalised in 2017. But hate crimes against LGBT+ people jumped by 36% last year, according to police figures that highlight a rising trend of homophobia in parts of German society.”

As of Monday morning, the Social Democratic Party had won the largest share of the vote with over 25% while about 24% of the votes went to the right-leaning bloc of the Christian Democratic Union and Christian Social Union. The bloc was previously lead by Angela Merkel, who is stepping down after 16 years as chancellor. 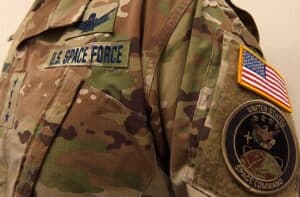