Democratic Rep. Jared Huffman has introduced the No Militarization of Space Act to abolish the Space Force.

The bill was introduced as lawmakers work to pass the annual National Defense Authorization Act (NDAA) which authorizes funding for the Pentagon.

“The long-standing neutrality of space has fostered a competitive, non-militarized age of exploration every nation and generation has valued since the first days of space travel. But since its creation under the former Trump administration, the Space Force has threatened longstanding peace and flagrantly wasted billions of taxpayer dollars,” said Rep. Huffman in a statement. “It’s time we turn our attention back to where it belongs: addressing urgent domestic and international priorities like battling COVID-19, climate change, and growing economic inequality. Our mission must be to support the American people, not spend billions on the militarization of space.”

The Space Force was established under former President Donald Trump in 2019 and became the sixth branch of the US military. Rep. Huffman claims that it is a violation of the Outer Space Treaty of 1967, which bans military maneuvers in space.

The mission of the Space Force, according to their website, is to be “a military service that organizes, trains, and equips space forces in order to protect U.S. and allied interests in space and to provide space capabilities to the joint force. USSF responsibilities include developing Guardians, acquiring military space systems, maturing the military doctrine for space power, and organizing space forces to present to our Combatant Commands.”

President Joe Biden has been scrapping many things accomplished during Trump’s presidency, but the Space Force did not seem to be on his list. The administration’s controversial fiscal 2022 budget is seeking to add an additional $2 billion to the current budget for the force.

The full text of Rep. Huffman’s bill can be found here. 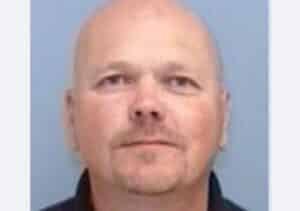