Pregnant women in Georgia can now claim their unborn children as dependents on state taxes.

The new guidance, which the Georgia Department of Revenue confirmed on Aug. 1, comes just over a month after the Supreme Court overturned Roe v. Wade.

“Any unborn child with a detectable human heartbeat” is now considered eligible for the Georgia individual income tax dependent exemption,” the department affirmed. “As such, on individual income tax returns filed for Tax Year 2022 where, at any time on or after July 20, 2022, and through December 31, 2022, a taxpayer has an unborn child (or children) with a detectable human heartbeat (which may occur as early as six weeks’ gestation), the taxpayer may claim a dependent personal exemption.”

Each eligible taxpayer can receive $3,000 per unborn child as a dependent personal exemption.

“Similar to any other deduction claimed on an income tax return, relevant medical records or other supporting documentation shall be provided to support the dependent deduction claimed if requested,” the department said.

In the wake of the Supreme Court’s landmark June 24 decision, attorneys for the state government asked the 11th U.S. Circuit Court of Appeals to reinstate an abortion law that had been declared unconstitutional in 2020. The 2019 law bans abortion after the detection of a heartbeat with some exceptions for rape, incest, or to protect the life of the mother.

The ban was signed into law by Governor Brian Kemp, who is currently running for reelection against Democrat Stacey Abrams.

“This is a powerful moment in Georgia,” Kemp said, per Breitbart. “It’s bigger than politics and partisanship. Let’s champion life today and ensure that all Georgians – including the unborn – have the chance to live, grow, and prosper.”

Kemp attributed the law’s enactment to “voter suppression” in a 2019 tweet.

The bill also contains a “personhood provision” which gives an unborn child or fetus the same rights as a person after birth.

On July 11, the court ruled in favor of the abortion ban with the provision. The law went into effect on July 20.

The American Civil Liberties Union, which filed the initial lawsuit challenging the law, had argued that the ban prevented “practically all abortions in the state and disproportionately affect[s] people of color, people struggling financially, and rural Georgians.”

“This law is especially dangerous in Georgia, where people face some of the highest rates of maternal mortality in the nation, especially among Black Georgians,” noted the ACLU.

The personhood provision is impacting the work of other government agencies as well. Georgia’s “Division of Family & Children Services has finalized new guidance and forms for child support enforcement to help new mothers secure living expenses for their unborn children,” per Axios.

In addition to Georgia, Missouri, Kansas, Alabama, and Arizona all have personhood laws. 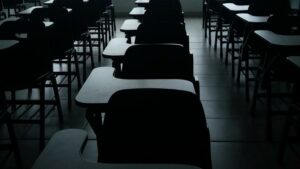