A Georgia inmate on death row could be executed by a firing squad following a decision by the Supreme Court.

Michael Wade Nance is seeking an alternative to lethal injection, Georgia’s only permitted method of execution.

In a 5-4 vote released on June 23, the court advanced Nance’s chances at selecting another form of capital punishment.

Nance argues that his veins are “severely compromised and unsuitable for sustained intravenous access.” He says that lethal injection would subject him to excruciating pain.

“He said there’s also an increased risk that the sedative used in Georgia’s lethal injection protocol won’t render him unconscious because of his longtime use of a prescription drug to treat back pain,” per UPI.

“This case is about whether a prisoner can challenge a method of execution as unconstitutionally cruel even when it is the only method that the State has adopted,” Matthew Hellman, Nance’s lawyer, said in a statement during oral arguments. Hellman noted the case was about “humane execution” and was not a “challenge to the death penalty itself.”

“A death row inmate may attempt to show that a State’s planned method of execution, either on its face or as applied to him, violates the Eighth Amendment’s prohibition on ‘cruel and unusual’ punishment,” Kagan wrote.”If the inmate obtains his requested relief, it is because he has persuaded a court that the State could readily use his proposal to execute him.”

The Justices held that if a court rules an inmate has met the legal threshold to prove his claim for an alternative form of execution, the request should be accommodated “even if the alternative route necessitates a change in state law.”

The dissent was filed by Amy Coney Barrett and joined by Justices Clarence Thomas, Samuel Alito, and Neil Gorsuch.

“In my view, the consequence of the relief that a prisoner seeks depends on state law as it currently exists,” wrote Barrett. “And under existing state law, there is no question that Nance’s challenge necessarily implies the invalidity of his lethal injection sentence: He seeks to prevent the State from executing him in the only way it lawfully can.”

Nance’s federal lawsuit states that “execution by firing squad is both swift and virtually painless.”

The court’s ruling does not grant Nance an execution via firing squad but does allow his legal team to challenge the state for the right in court. Only four states currently permit death by firing squad.

Nance killed Gagor Balogh, 43, in 1993 while fleeing a bank he robbed. He was sentenced in 2002 and does not currently have an execution date.

The cases will now be returned to the Court of Appeals for the Eleventh Circuit in Atlanta. 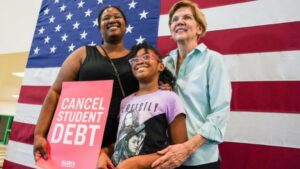