The Biden administration has announced it will cancel $6 billion in student loans for roughly 200,000 borrowers who claimed they were defrauded by colleges and universities.

In 2019, students filed a class action lawsuit against the United States Department of Education (DoE) petitioning for relief after attending one of 150 schools alleged to have defrauded them. The students who were plaintiffs in the case will have their federal loans fully erased.

“Since day one, the Biden-Harris Administration has worked to address longstanding issues relating to the borrower defense process,” U.S. Secretary of Education Miguel Cardona said. “We are pleased to have worked with plaintiffs to reach an agreement that will deliver billions of dollars of automatic relief to approximately 200,000 borrowers and that we believe will resolve plaintiffs’ claims in a manner that is fair and equitable for all parties.”

The settlement agreement states that the DoE has denied any wrongdoing and that both parties are settling to “avoid the delay, uncertainty, inconvenience and expense of protracted litigation,” and have determined to settle all claims brought in the case. The settlement also provides that no application for relief will be denied “on the basis of insufficient evidence” that a plaintiff was actually defrauded.

Plaintiffs will be divided into two groups.

The first consists of roughly 200,000 students who borrowed to attend certain schools. The DoE determined that attendance at any of these schools justifies presumptive relief based on strong indicia regarding substantial misconduct by the schools, whether credibly alleged or in some instances proven. This group will receive full discharge of the loans, along with refunds of amounts paid, and credit repair.

The second group consists of about 64,000 people who borrowed to attend schools that are not on the list. That group will receive decisions on their applications for relief after a streamlined review process. Members of this group will have the opportunity to revise and resubmit their applications if they are denied.

For all petitioners, loans will stay in forbearance with zero interest until they receive the settlement relief or a final denial.

“The main reason I chose to attend Brooks is because I based much of my decision on job statistics that turned out to be completely fabricated,” Theresa Sweet, one of the plaintiffs, told San Francisco News Channel 4 KRON. “Settling is the best solution and the least risky for the entire class.”

Over the last 30 years, tuition costs at public four-year colleges increased from $4,160 to $10,740 and from $19,360 to $38,070 at private nonprofit institutions (adjusted for inflation), according to Forbes reporting. The average borrower owes $28,950 and collectively, Americans owe nearly $1.75 trillion in student loan debt.

“This momentous proposed settlement will deliver answers and certainty to borrowers who have fought long and hard for a fair resolution of their borrower defense claims after being cheated by their schools and ignored or even rejected by their government,” said Eileen Connor, Director of the Project on Predatory Student Lending, which represented the plaintiffs. “It will not only help secure billions of dollars in debt cancellation for defrauded students, but charts a borrower defense process that is fair, just, and efficient for future borrowers.” 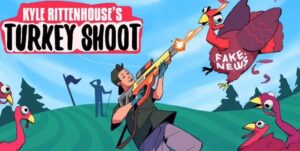