General Electric Announces It Is Splitting Into Three Companies

General Electric announced on Nov. 9 it will split into three public companies to focus on energy, health care and aviation.

The company was once one of the highest valued companies in the world. In 2000, GE had an estimated worth of $601 billion — an approximate value of $957 billion in 2021. Its stock prices plummeted during the 2008 financial crisis. Subsequently, the company acquired billions of dollars in debt and spent the last decade recovering. As of 2020, it employed 174,000 people.

Currently, the company expects that, by the end of 2021, it will have reduced its debt by $75 billion. In turn, GE says it is “in a strong position to execute this plan to form three well-capitalized, investment-grade companies” that will be “better positioned to deliver long-term growth and create value for customers, investors, and employees.”

The division is expected to take several years to complete.

The company plans to initiate this seismic change by molding GE Renewable Energy, GE Power, and GE Digital into one company that aims to “lead the energy transition.” The company is expected to be formed by 2024.  Scott Strazik, the current CEO of GE Power, has been tapped to lead the new business.

Secondly, it would form GE Healthcare, a “tax-free spin-off,” in early 2023. CEO of Integra LifeSciences Peter Arduini will become the CEO of GE Healthcare in 2022. Arduini previously worked for GE for over a decade and led the Computed Tomography & Molecular Imaging business, Healthcare Services and U.S. sales. GE plans to retain a 19.9% stake in the company.

“The business’s global scale, technical and commercial capabilities, and growth potential as one of the world’s leading medical technology companies is compelling,” Arduini said in a statement. “I am thrilled to be rejoining GE and for the opportunity to work with GE Healthcare’s talented team.”

After these two spin-offs are complete, “GE will be an aviation-focused company, shaping the future of flight.”

“Today is a defining moment for GE, and we are ready,” said CEO Larry Culp in a statement. “Our teams have done exceptional work strengthening our financial position and operating performance.”

Following the split, Culp will serve as the CEO of the aviation company.

“Prior to the announcement, the company had four main industrial segments: aviation, healthcare, renewable energy, and power,” reports The Washington Examiner. “The share price for GE jumped over 6% during early trading Tuesday morning following the news.” 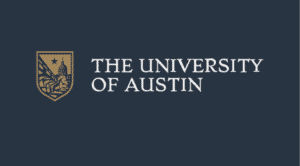