‘We are done waiting for the legacy universities to right themselves,’ wrote one leading founder

Several dozen well-known academics, journalists, artists and public intellectuals announced the launch of the University of Austin, a new school dedicated to “freedom of inquiry, freedom of conscience, and civil discourse.”

In an article published to Bari Weiss’ Substack on Nov. 8, Pano Kanelos wrote that universities across the country are not just failing individual students — “we are failing the nation.”

“Our democracy is faltering, in significant part, because our educational system has become illiberal and is producing citizens and leaders who are incapable and unwilling to participate in the core activity of democratic governance,” wrote Kanelos, who left his position as president of St. John’s College in Annapolis, Maryland last July in order to begin this effort. “We are done waiting for the legacy universities to right themselves. And so we are building anew. I mean that quite literally.”

“What unites us is a common dismay at the state of modern academia and a recognition that we can no longer wait for the cavalry. And so we must be the cavalry,” Kanelos said.

Philosophy professor Peter Boghossian, who recently resigned from his position at Portland State University, is a founding faculty fellow at the University of Austin. As such, he, along with Ali and philosopher Kathleen Stock, will help oversee all curricular and intuitional planning and design for the school. In a situation similar to Boghossian’s, Stock also recently stepped down from her position at University of Sussex following threats she received over her research on sex and gender.

“Our rigorous curriculum will be the first designed in partnership not only with great teachers but also society’s great doers — founders of daring ventures, dissidents who have stood up to authoritarianism, pioneers in tech, and the leading lights in engineering and the natural sciences,” Kanelos said.

In addition to placing a commitment to freedom of inquiry at the center of their approach to education, the university will also establish a low tuition by cutting out “administrative excess and overreach.”

After launching a graduate program in entrepreneurship and leadership next year, UA will establish additional programs in politics and applied history, education and public service in 2023. By 2024, they plan to launch a four-year undergraduate college program. 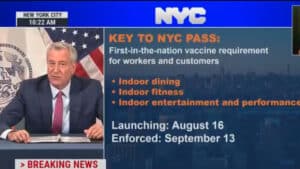