The ultra-nationalist candidate for the French presidency has been convicted of inciting racial hatred for statements he made in 2020.

Éric Zemmour has been fined $11,000 by a Parisian court for comments that he made about migrants in September of 2020. He has also been ordered to pay thousands of euros in damages to several anti-racism groups.

“I’m one more time the victim of a political justice,” Zemmour told reporters at a press conference on Jan. 17 at the Foreign Press Association headquarters.

He added that he did not regret his comments.

While appearing on CNews in 2020, Zemmour said child migrants should be sent back to their home countries. He called them “thieves, killers, [and] rapists.”

He was tried in November after being charged with “public insult” and “incitement to hatred of violence” against a protected group.

The 63-year-old was not present at the trial or for the verdict. He called the legal proceeding an “attempt to intimidate (him)” and maintained his comments were part of a larger political debate that should not be regulated by the court.

Zemmour has gone to court over controversial statements on 15 other occasions.

The right-wing politician – who the New Yorker described as a “French populist, polemicist, and ultra-nationalist” – will return to court on Jan. 20 to appeal a charge of “crimes against humanity.”

The charge stems from a televised debate in 2019 where Zemmour argued that France’s Jews were saved from the Holocaust by Marshal Philippe Petain, who served as head of Vichy’s collaborationist government during World War II.

“Zemmour previously was convicted of incitement to racial hatred after justifying discrimination against Black and Arab people in 2010, and of incitement to religious hatred for anti-Islam comments in 2016,” reports AP News. “He was sentenced to pay court costs and a 5,000-euro ($5,660) fine.”

Zemmour announced in November of 2021 that he would seek the presidency with a dramatic appeal to patriotism in a video posted on YouTube.

His campaign has been hotly scrutinized and critiqued since its inception. Zemmour is open about his opposition to immigration as well as his interest in defending historic and traditional French culture.

“You feel that you are no longer in the country that you knew,” Zemmour said in the announcement video. “You feel like foreigners in your own country. You are exiles, from the inside.” 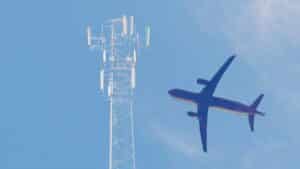