France Preps For Winter Energy Crisis, May Cut Off Electricity For Two Hours A Day

RTE, the electricity transmission system operator in France, announced a series of plans to respond to increased winter energy demands that may threaten grid stability due to energy shortages caused by the war in Ukraine.

According to RTE, the base assumption is that if winter is mild, businesses and residents can carry on normally without any significant changes to their lifestyles. But, if winter takes a colder turn, the French government has signed contracts with businesses that are willing to voluntarily decrease their energy use by shutting down some production lines or closing up shop for one day a week. In the most extreme scenario, where these voluntary commercial cuts to energy use are not enough to cover the increase in demand elsewhere, French citizens may have to live under a daily two-hour induced blackout during which they will have no access to electricity.

Speaking to BFM, a 24-hour cable news station in France, Thomas Veyrenc, executive director of RTE, told the network that there were major problems facing the French energy sector this coming winter. Foremost, a gas crisis that predated any invasion of Ukraine already had European governments concerned about the coming winter. According to Veyrenc, France also faces a unique problem related to the number of nuclear reactors that are currently offline. France’s nuclear reactor fleet is currently only operating at half of its typical output.

Veyrenc explained that these were not the only problems facing the French energy industry:

It is normal for there to be reactors shut down, from summer to autumn, it’s unusual that there are so many. So the question is what nuclear production will be for the winter? And that is a particularly French crisis. And then there is still the drought, with multiple repercussions, including on the production of hydraulic electricity, our second source of electricity production. We do not talk about it a lot, but when we combine these elements it is natural that we arrive in a situation where the risk is increased.

According to the Director of RTE, France would need to have one of its coldest winters in 10 years for rationing to impact private citizens. 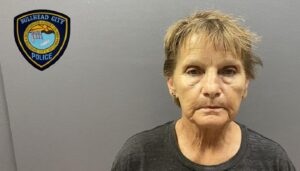