Psaki made the comments about Fox News during an appearance on the podcast Pod Save America.

The press secretary lamented that CNN and MSNBC were covering the Russia-Ukraine border while “on Fox is Jeanine Pirro talking about soft on crime consequences.”

“I mean, what does that even mean, right,” Psaki said. “So there’s an alternative universe on some coverage. What’s scary about it is a lot of people watch that.”

Jen Psaki mocks people discussing the “consequences” of “soft-on-crime” policies: “What does that even mean?” pic.twitter.com/C1KEnXVIQI

In response, Heinrich grilled Psaki on the priorities of the White House.

“There was a discussion of Fox’s crime coverage, and one line has prompted some criticism from people, it was soft on crime consequences, what even is that,’” Heinrich began. “Were you speaking your personal opinion or is that at all a reflection of the priorities of this administration, ‘cause the criticism is that would reflect that crime is not a priority of this administration?”

JACQUI TIME: “Your appearance on Pod Save America” mentioned “one line has prompted some criticism…’Soft on crime consequences? What even is that?’ Were you speaking in your personal opinion or…the priorities of” the WH?

Psaki says Fox has unfairly criticized them on crime. pic.twitter.com/h6n392tYRm

Psaki claimed she was speaking about one specific chyron about the Biden administration being “soft on crime.”

“What I was speaking to was a chyron on Fox News, since you raised it, which suggested this administration is soft on crime with no basis, given we have had many conversations and back and forth with you and your colleagues about the prioritization of the president to ensure that we are working as close partners with leaders, whether it is [New York City] Mayor [Eric] Adams, who he’s going to spend the day with on Thursday, or others in the country, and the facts speak for themselves,” replied Psaki. “This is what I was talking about in the interview for the full context.”

Psaki continued, “in the American Rescue Plan, there was additional funding for local cops programs, something that every Republican voted against. I said in that interview that I know they don’t like it when we call that out. I’m going to keep calling that out because that’s a fact.”

“Also, President Biden has proposed a significant increase in funding for local cops programs in his budget, more than the prior president. That’s a fact. So if those facts are uncomfortable I’m sorry for people who feel they need to be critical, but the president has been a longtime advocate of addressing crime, he’s never been for defunding the police. Our Department of Justice has increased funding, has put in place support for strike forces,” Psaki continued.

“And the other fact that is never talked about in the Fox packages, maybe even this one, is the fact that gun crime is a major driver of crime across the country, also a fact. So those are pieces I think in that moment I was speaking to and, again, we are about the facts here, and addressing crime is something that is a root of the president’s agenda.” 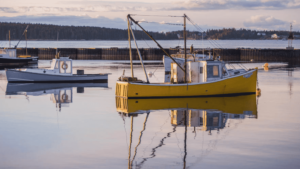