Fox Nation host Nancy Grace has sparked controversy among the network’s viewers with a “special” blasting Kyle Rittenhouse as a “vigilante.”

The show aired one day before closing arguments in the teenager’s trial, where he is facing two charges of homicide in the shootings of Joseph Rosenbaum and Anthony Huber during the Kenosha riots in 2020.

During Grace’s show, a chyron across the bottom of the screen read, “TEEN VIGILANTE GUNS DOWN THREE, HEADS TO JURY.”

The special opened up with a fiery Grace demanding, “out of thousands of protesters that night, one person, only one, opens fire. Kyle Rittenhouse — and he leaves in his wake two dead bodies and a third person shot and bleeding.”

While describing the events, Grace referred to the riot as a “protest” and the rioters as “protesters,” while branding Rittenhouse a “vigilante.”

Grace went on to ask “what is going on in that Wisconsin court room?”

“You’ve got an angry judge, a mother crying out of control out in the audience, the jury can see her…” Grace said, before introducing her panel.

Throughout the special, the host’s contempt for the teen on trial was very apparent. Though she admitted that he was chased down in the video footage, she pondered whether or not he had been out “looking for trouble” — therefore negating his right to self defense.

Viewers did not hold back, tagging Fox News and expressing their outrage over the host’s opinions.

Watching Nancy Grace tonight on Fox made me sick. She was feeding her panel questions trying to show Kyle Rittenhouse is guilty. At one point she asked a facial expert if those tears were true or not. The expert put her in her place. Come on Fox your getting to be MSNBC & CNN

@FoxNews TEEN VIGILANTE GUNS DOWN THREE?
VIGILANTE implies taking the law into his own hands, KR rightfully defended himself so not a vigilante. GUNS DOWN implies shooting without just cause, again self defense.
Nancy Grace’s show tonight was garbage! pic.twitter.com/Lp2VPgZ85v

@FoxNews watching Nancy Grace segment describing Rittenhouse as a “teen vigilante guns down three”- REALLY? What actions did this kid do to deserve such an inflammatory subtitle? I guess the point is to present optional views being told but sheesh.

Did you hire Joy Reid to type your stuff?

Rittenhouse has also been charged with possessing a weapon as a minor and with multiple counts of reckless endangerment. He maintains that he was acting in self-defense.

On Monday, the prosecution and defense will each have two and a half hours to make their closing arguments to the jury. 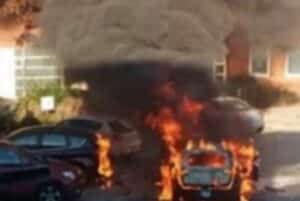