The NBC military analyst has since deleted his tweet

“Russian aircraft [are] getting nailed by UKR missile defense,” the adjunct Professor of International Affairs at the U.S. Military Academy at West Point tweeted.

His evidence of this assertion came in the form of a video game clip uploaded to Youtube that does not mention Ukraine. However, it does say that it was taken from “Arma 3,” an open-world tactical shooter available on Windows, Mac, and Linux computers.

His now-deleted tweet has been archived here and underscores a recent history of experts and authority figures quickly sharing and, perhaps unwittingly, generating propaganda — a trend that may have begun with Adam Kinzinger sharing the Ghost of Kyiv myth. 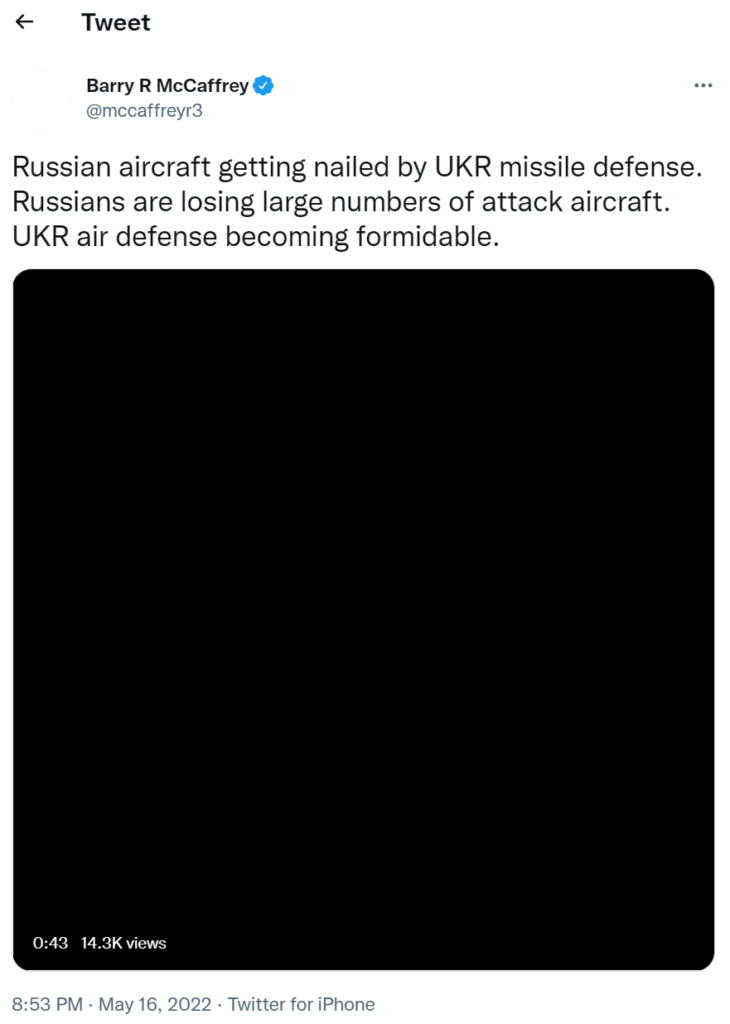 McCaffrey is a retired general who was once acknowledged as a logistics genius for his contributions during Operation Desert Storm. The 24th Infantry Division under his command executed a 230-mile, record-setting flanking maneuver that enveloped Iraqi troops during the Gulf War. Within 100 hours, 27 Iraqi divisions were routed.

In addition to his adjunct position at West Point, McCaffrey moonlights as a military analyst for NBC and MSNBC. In 2018, he achieved some notoriety for claiming that then-President Donald Trump was “under the sway” of Vladimir Putin and calling him a “serious threat to national security.”

Reluctantly I have concluded that President Trump is a serious threat to US national security. He is refusing to protect vital US interests from active Russian attacks. It is apparent that he is for some unknown reason under the sway of Mr Putin. 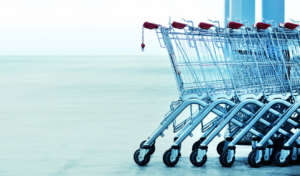