A company’s political agenda is a deciding factor for most potential patrons in America, according to a new poll.

Just over 87% of Americans said they are “somewhat likely” or “very likely” to stop using a product or service from companies that openly support the political agenda they disagree with.

In fact, the Trafalgar Group poll found nearly 52% of respondents considered themselves “very likely” to avoid supporting companies based on the values they promote.

Just 12.9% of respondents said they were “not likely” to consider political ideology when paying for a service or a product.

The trend is somewhat consistent across political lines. The majority of participants who identify as Democrats (42.8%), Republicans (61.3%), and independents (51.4%) said they were “very likely” to stop supporting companies whose political ideology does not match their own.

Moreover, the majority of all ethnicities polled said they are likely to participate in selective retail practices with 81% of Hispanic, 88% of white, and 100% of Asian respondents saying a company’s political ideology would influence their patronage.

Black Americans are the least likely to factor a brand or company’s political ideology into their spending habits. Of the poll’s black participants, about 22% said they were “not very likely” or “not likely” to stop supporting companies that don’t support their ideology while 31% selected “very likely” and 46% “somewhat likely.”

In 2020, Harvard Business Review found that a company’s perceived values can influence how potential patrons and employees perceive the company.

The study, which polled 168 managers and MBA students from a variety of backgrounds and ideologies, described a fake mid-sized company, including its values and philanthropic efforts.

However, being told a company had liberal values did not guarantee the participants would regard it more favorably.

“There was no significant change in any opinions or intended behaviors,” the authors wrote.

HBR noted that whether “a company engaged in conservative or liberal political activity did not affect Republicans’ opinions of that company, but it did for Democrats.”

Additionally, the researchers found that “participants generally acknowledged that political advocacy is both a way for companies to connect with customers and promote their brand.”

In recent years, a company’s stance on certain issues could trigger boycotts or win viral laurels.

Razor-company Gillette released an advertisement in 2019 condemning what it called “toxic masculinity” and faced immediate backlash.

Starbucks’ decision to not enforce a vaccine mandate in January was applauded by those who opposed the federal requirement as an act of government overreach.

“Bumble is women-founded and women-led, and from day one we’ve stood up for the most vulnerable. We’ll keep fighting against regressive laws,” Bumble tweeted, garnering both praise and criticism in response. 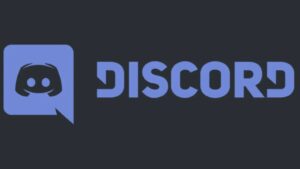