Mark Fleischman, who owned the infamous Studio 54 nightclub in the 1980’s, has died from assisted suicide at the Dignitas clinic in Switzerland on Wednesday.

Fleischman, 82, had reportedly been suffering from deteriorating health since 2016.

Daniel Fitzgerald, who co-owned the Century Club in Los Angeles with Fleischman, told the BBC that they had held a “living wake” for him last week. He also posted photos of the event on Facebook.

“Mark made the decision to seek assisted suicide in Switzerland because he no longer wanted to endure the suffering. I made a farewell party for Mark on the 4th of July. I’m so glad we were able to spend this time together, and I will always treasure it,” Fitzgerald wrote in the post.

Fleischman was open about his plan to end his life, telling the New York Post in June that he would be “taking a gentle way out.”

“I can’t walk, my speech is f–ked up and I can’t do anything for myself,” Fleischman, who is confined to a wheelchair, told The Post. “My wife helps me get into bed and I can’t dress or put on my shoes. I am taking a gentle way out. It is the easiest way out for me.”

Mimi Fleischman, his wife of 27 years, told The Post at the time that he didn’t give her any say in the matter.

“It’s going to be horrible,” she said. “He is my partner and we are devoted to each other. So it is the end of a part of me as well. I have to honor what he wants. [But] he is not giving me a choice. He wants to end his life and this is a dignified way to do it.”

Fleischman told The Post that the whole thing will cost him about $15,000.

Approximately 1,300 people died in Switzerland through euthanasia in 2020. The Dignitas clinic has been operating since 2002.

To end their lives, patients at the clinic are given an oral dose of an antiemetic drug, followed by a lethal overdose of 15 grams of powdered pentobarbital dissolved in a glass of water. The powerful barbiturate is also sometimes used in the United States to execute death row inmates.

In July 2021, the Psychiatric Times published an article in opposition to assisted suicide and noted that “preliminary reports suggest increased rates of suicide in the general population of states that have legalized PAS (physician assisted suicide). Specifically, ‘legalizing PAS has been associated with an increased rate of total suicides relative to other [non-PAS] states, and no decrease in non-assisted suicides.’ Similarly, suicide rates in the Netherlands (where medical euthanasia is legal) have accelerated, compared to neighboring countries that have not legalized medical euthanasia.”

They report that physician and ethicist Leon Kass, MD, has pointedly cautioned: “we must care for the dying, not make them dead.”

The American College of Physicians has said “physician-assisted suicide is neither a therapy nor a solution to difficult questions raised at the end of life. On the basis of substantive ethics, clinical practice, policy, and other concerns, the ACP does not support legalization of physician-assisted suicide. … However, through high-quality care, effective communication, compassionate support, and the right resources, physicians can help patients control many aspects of how they live out life’s last chapter.”

If you or someone you know is struggling with depression or has had thoughts of harming themselves or taking their own life, get help. The National Suicide Prevention Lifeline (1-800-273-8255) provides 24/7, free, confidential support for people in distress, as well as best practices for professionals and resources to aid in prevention and crisis situations. 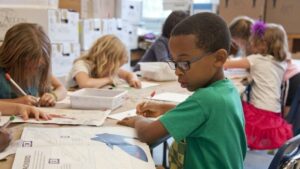